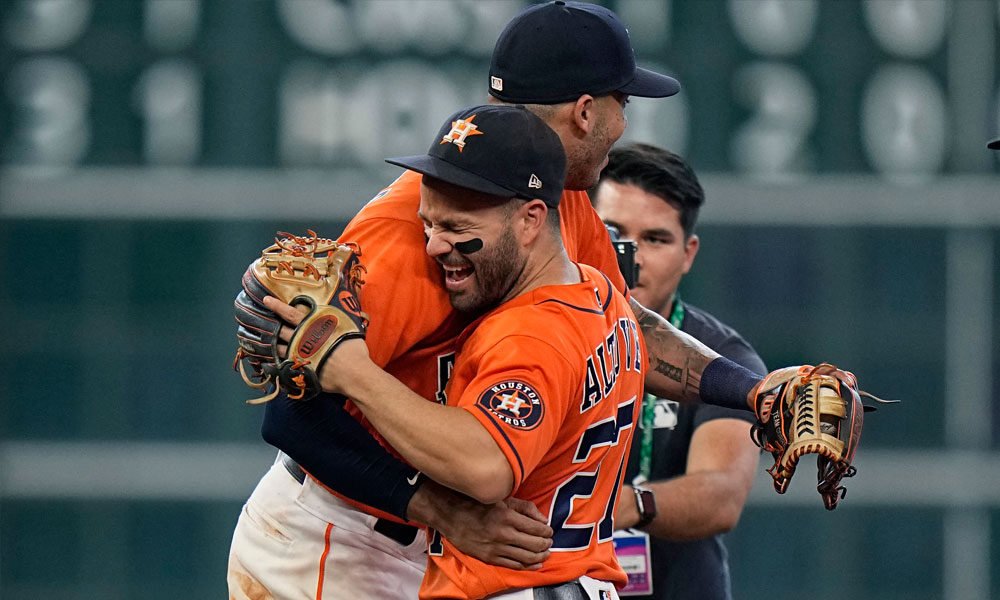 The Houston Astros scored five runs in the seventh on their way to a 9-4 victory over the Chicago White Sox, leading 2-0 in this Major League Baseball playoff series.

The game’s key inning at Minute Maid Park in Houston, Texas, included a two-run double by Puerto Rican Carlos Correa and a two-run homer by Kyle Tucker, with which the Astros broke a 4-4 tie.

The Texan team is just one win away from finalizing this best-of-five American League tie, which they could achieve Sunday in Chicago.

“Obviously it feels great to go to Chicago with a two-game lead, but at the same time we have to take care of business,” Correa said. “Not 100%” finished.

You can also read:  Justin Verlander accelerates his recovery

Correa lined up a 3-1 double over the head of right fielder Leury Garcia for two runs before Tucker’s home run blew up the Texan fans.

The game was the first of four in Friday’s playoff schedule.

The Tampa Bay Rays, runners-up from the last World Series, were looking for a 2-0 lead in their American League series against the Boston Red Sox.

The two NL division series also got underway with the Milwaukee Brewers hosting the Atlanta Braves and the San Francisco Giants the Los Angeles Dodgers in what promised to become an instant postseason classic.

This is the first postseason tie between these storied rivals, who have combined for four World Series titles and six league crowns since 2010.

The Dodgers are looking to become the first team to repeat as World Series champion since the New York Yankees won three in a row between 1998 and 2000. AFP (HN)