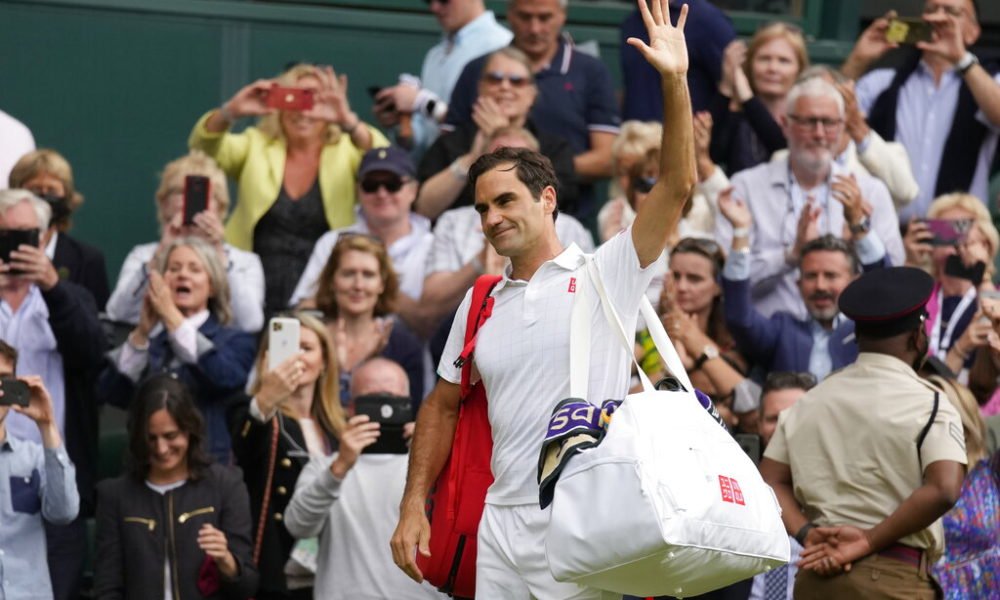 Roger Federer will celebrate his 40th birthday on Sunday, at a time when his career, marked by twenty Grand Slam titles, a fortune in prizes and a legion of fans, is approaching a turning point.

18 years after his first major title at Wimbledon, Federer will leave behind the quarantine of the Toronto Masters 1000 (August 9-15). On the horizon, the US Open (August 30-September 12), which could be the last match of the Swiss before retiring, as his fans fear.

The former world number 1 has only played 13 games in 2021. It has been more than the 6 in 2020, a year marked by the coronavirus pandemic and two knee operations.

After retiring before the round of 16 at Roland Garros to prepare for Wimbledon, he was eliminated in the quarterfinals on London grass against Hubert Hurkacz of Poland.

“I do not know. I have to reflect, “Federer replied after this cruel defeat when asked if it was his last appearance at Wimbledon.

Since then the signs have not invited optimism: the Swiss resigned from the Tokyo Olympics to prepare for the US Open, a tournament he has won five times, most recently in 2008.

You can also read:  Rafa Nadal: 'it is a great honor' to be the flag bearer of Spain in Rio (Video)

Ten years later he achieved his 20th Grand Slam, the Australian Open in 2018 at the age of 36, becoming the second oldest tennis player to achieve such a success.

Since then, Novak Djokovic has won eight ‘greats’ and his old rival Rafael Nadal added four to his record. The three players are tied for 20 titles each.

Its elegant one-handed backhand, its natural charm on and off the courts and its white image, far from controversy, were able to seduce tennis lovers.

But his progression was not a smooth ride: Although he defeated his idol Pete Sampras at Wimbledon in 2001, aged 19, the following year he was eliminated in the first round.

It was a personal tragedy that allowed him to gain momentum and really launch his career. His youth coach and friend, Peter Carter, was killed in a road accident in South Africa. Since then, Federer has vowed to prevail in style, leaving his old demons behind for good.

Born on August 8, 1981 in Basel to a Swiss father and a South African mother, he began playing tennis at the age of 8.

A professional since 1998, he won his first ATP tournament in Milan in 2001 and rose to the top spot in the world after winning his first Australian Open in 2004.

You can also read:  Wozniacki eliminated in the last 16 at Eastbourne

An impressive record that could still be better if he had not shared was with the two monsters that are Nadal and Djokovic.

The Swiss and the Spanish have been friends for a long time, but their relationship with ‘Nole’ has never been so good. Both made history in 2019, when the Serbian won the longest final at Wimbledon, nearly five hours long, after Federer wasted two tournament balls.

At the end of that anthological duel, the Helvetian stated that he had no fixed date to retire.

«It is simply a conversation that I always have with my wife about our family, my children: are we all happy when we travel? Are we happy to pack our bags and leave for five, six, seven weeks? Do we still want to do this? ”He explained.

“At the moment, we would say that this does not cause any problems, which is fantastic,” he celebrated just over two years ago.. (AFP)