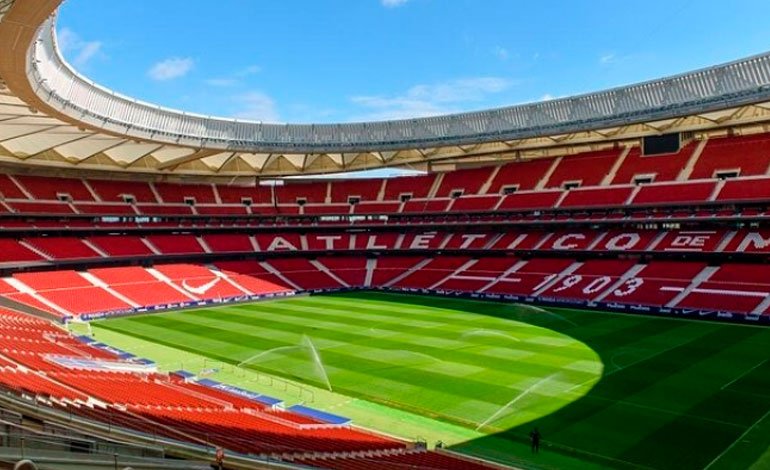 Atlético de Madrid is working on the implementation of facial recognition systems in its stadium, the Wanda Metropolitano, for next season, where they also intend to eliminate cash payments, according to its CEO and maximum shareholder, Miguel Ángel Gil Marín. .

“We are working on facial recognition and we will launch it next season, also the ‘cashless’ systems,” explained the rojiblanco executive during his speech at the ‘Pro’ forum, organized by the newspaper As and ‘2Playbook’.

Gil Marín detailed these elements within the technological commitment of the rojiblanco team in their stadium, of which he recalled the 1,500 Wi-Fi signal points that allow to ensure the connectivity of other fans, the reading of subscriber cards from a distance, among other innovations.

You can also read:  Koeman recovers his internationals

Atlético’s CEO said that his club is “very particular” because it has to “compete with two ocean liners like Real Madrid and Barcelona and with eight or ten other very powerful clubs in Europe” not only in the technological section, but also in the social , with its 130,000 partners and 37 million followers on social networks, such as facilities and technology.

The maximum shareholder of the rojiblanco club assured that one of his “obsessions” is to create audiovisual content for his fans, so that in addition to the broadcasts and programs produced by television operators, they have launched an audiovisual content creation brand called ‘Atleti Studios’.

You can also read:  Gignac, the nightmare of the "Memo" Ochoa

Through this department, Atlético has generated videos such as the ‘Insider’ that reflect the intrahistory of the club’s successes and have a great following, such as the one collected by the celebration of the last League title won in Valladolid on May 22 , which had more than 70 million views, and which together with other publications generated more than 410 million visits. “It has been shocking for us to see how we reach more and more people through technology,” said Gil Marín.

The Atlético executive explained that one of his main difficulties is having more access to the data of his followers, which are collected by both television operators and social networks. “We have the content, we know how many see us and follow us, but we don’t know who they are. It is the intermediaries who have the data, “he lamented.

You can also read:  Senator asks Neymar and the national team not to accept the Copa América in Brazil

Gil Marín shared the intervention with the CEO of the ‘eSports’ Team Heretics team, Antonio Catena, who explained how his business has evolved and reminded him that the rojiblanco team also has a team in some electronic competitions, thanks to an agreement with the Movistar Riders club. EFE (HN)