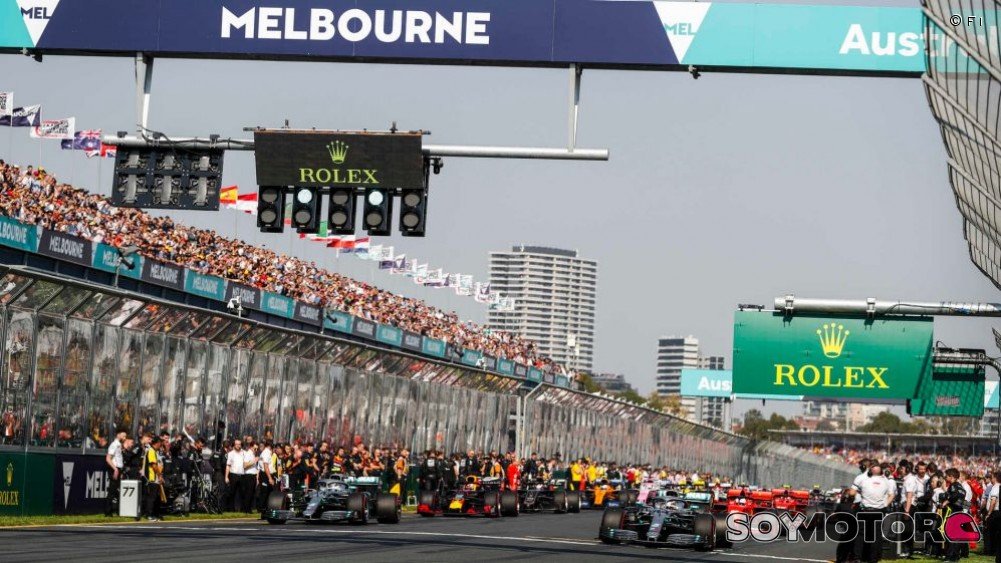 Formula 1 and MotoGP will not visit Australia in 2021: both Grand Prix were canceled for the second consecutive year due to entry restrictions into the national territory due to the covid-19 pandemic.

The F1 Grand Prix, which was originally due to open the current season in March, had been moved to November 21 in Melbourne. The motorcycle race was to be held earlier, on October 24 at the Phillip Island circuit.

Paul Little, president of the Australian Grand Prix Corporation, expressed his regret and resignation in a statement.

“We understand the challenge for Australia of international travel restrictions and the importance of vaccination,” he said.

Australia is one of the countries in the world that has best controlled COVID-19, with just 30,000 people infected since the start of the pandemic. It maintains a very strict sanitary protocol and all foreigners who arrive in the country must keep a 14-day quarantine.

You can also read:  Premier League forward smashes his Lamborghini

The order in the calendar that the Australian Formula 1 GP had, between that of Brazil and that of Saudi Arabia, did not help the maintenance of the race. Brazil is the second country hardest hit by covid-19 in the world, with more than half a million deaths.

The teams should have arrived in Australia after just over a week after being in Sao Paulo, contravening the sanitary protocol of the largest country in Oceania.

Despite the cancellation of the Australian Grand Prix, F1 skipper Stefano Domenicali said he was confident that he would be able to find another place to fill the gap that is now free and “offer a season of 23 races”, as planned and that it constitutes a record number.

“We have several options to explore,” he said in a statement.

Visibly excited, Australian driver Daniel Ricciardo sent a message to his fans in a video of his McLaren team: “It hurts, I know. We were all looking forward, especially me, to racing again in Melbourne, but we must hold our heads high, look to the future and hope that it can happen in 2022.

You can also read:  Neuville and Ogier meet on the land, heat and altitude of Mexico

In 2020, the F1 race was canceled at the last minute, at the start of the pandemic, after a positive case was detected at McLaren, when free trials were to begin.

The Australian Motorcycle Grand Prix was also canceled in 2020, also due to covid-19.

In both F1 and motorcycling, the 2020 seasons began in the middle of the year and were spent almost entirely in Europe.

– A motorcycle GP added in Portugal –

In 2021, the Australian Motorcycle GP was scheduled two weeks after the test in Thailand. The teams would not have had time to comply with the quarantine deadlines currently in force.

As a result, the Algarve Motorcycle Grand Prix was added to a calendar with 19 races.

Portugal will therefore host another Grand Prix on November 7 in Portimao, after the one it already hosted on April 18. The race in Malaysia was brought forward one week to October 24.

You can also read:  Bottas, the fastest in Abu Dhabi

Dan Andrews, the Prime Minister of the State of Victoria, in which Melbourne and Phillip Island are located, had recently raised doubts about a cancellation of the two Grand Prix due to the low vaccination rate of the Australian population and the very important reduction in the number of international flights to Australia.

“This is not the best time and that complicates everything,” he had warned.

“We work in a star way with our F1 and MotoGP partners. But at a time of pandemic there are things that are possible and others are not, “he added.

Paradoxically, most Australian stadiums have reopened and are welcoming the public. However, the country is currently particularly concerned about the effects of the Delta variant, considered more contagious. (AFP)