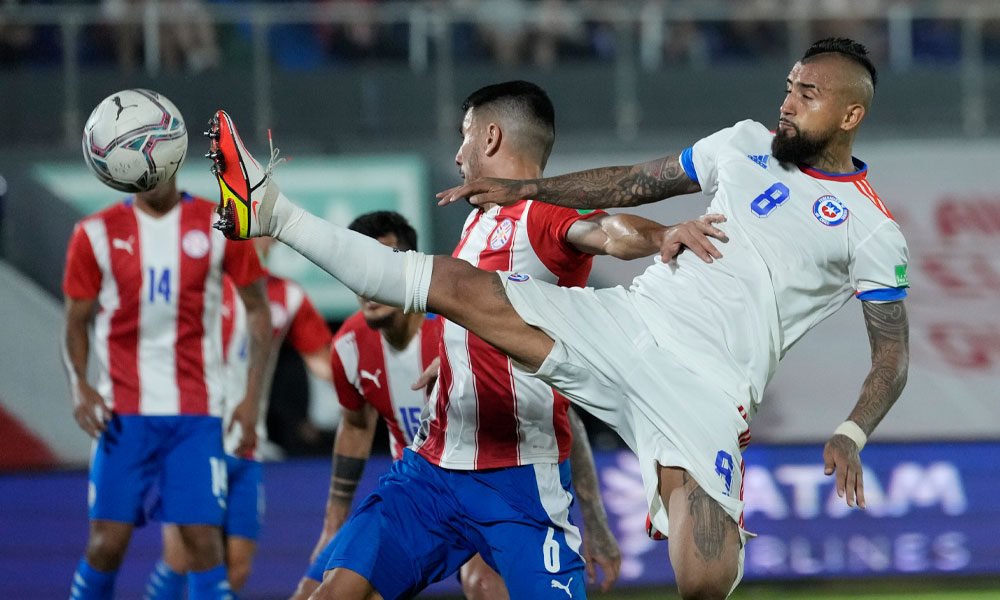 An own goal by Antony Silva embittered the debut of Argentine coach Guillermo Barros Schelotto in the Paraguayan team, who lost 1-0 to Chile on Thursday for the thirteenth day of the South American qualifiers for the Qatar 2022 World Cup.

At the beginning of the second half, the goalkeeper could not stop a shot from Alexis Sánchez and scored the goal that allowed him to add another three points to the visitors.

For his first game at the head of Albirroja, Barros Schelotto opted for a line of four defenders with Robert Rojas and Héctor David Martínez on the wings.

For his part, Miguél Almirón was in charge of generating the football of a team that began with two fast players in attack: Antonio Sanabria and Ángel Romero.

On the other side, the Uruguayan Martín Lasarte stopped a line of three defenders with Gary Medel playing a few meters behind Guillermo Maripán and Enzo Roco.

In this way, Chile populated the center of the field with five footballers who stood behind Alexis Sánchez and Ben Brereton Díaz.

You can also read:  Karim Benzema positive for coronavirus

In the first minutes of the game, although the visitor took control of the ball, it was the local who was inches from opening the score after a center from Matías Rojas crashed into the post. The Racing footballer was one of the most prominent of his team.

With many short touches, Chile managed the game and at times it was more than its rival, however, in the first half it never managed to disturb goalkeeper Silva.

It is that the hard brand of the Paraguayans led the Red to give up playing on the floor in the final meters and bet on throwing long balls for Brereton Díaz, who was well controlled by his markers.

On the other side, Paraguay stood three-quarters of the court back and opted for the counterattack, something that did not work for them because of the good record that the Chileans did to their attackers.

You can also read:  Laporta responds to Thebes: "He has a sick obsession with Barcelona"

In this way, the first half went goalless and with the goalkeepers as two other spectators in a match that was attended by many fans at the Defensores del Chaco stadium.

In the second half, the Paraguayan goalkeeper had to jump into action quickly and went from hero to villain in the blink of an eye.

At 55 minutes, with a spectacular response, Silva drowned out Arturo Vidal, who had tried a long-range shot.

On the next play, the goalkeeper could not stop a corner kick taken by Sánchez and put the ball into his goal in an incredible way. Chile went 0-1 in favor and from that moment managed the game without major difficulties.

Barros Schelotto tried changes but his team did not show any improvement, something that annoyed the fans.

After 95 minutes, the referee marked the end of a match that left Chile’s victory by the slightest difference.

In this way, Lasarte’s team added another three units and reached 16 in the standings, so it is a fact that they will fight until the end for a place in Qatar 2022.

You can also read:  They assault one of Scaloni's assistants

Paraguay, meanwhile, had 12 points and is in eighth place.

Incidents: Meeting corresponding to the thirteenth day of the South American qualifiers for the Qatar 2022 World Cup, played at the Defensores del Chaco stadium, in Asunción. EFE