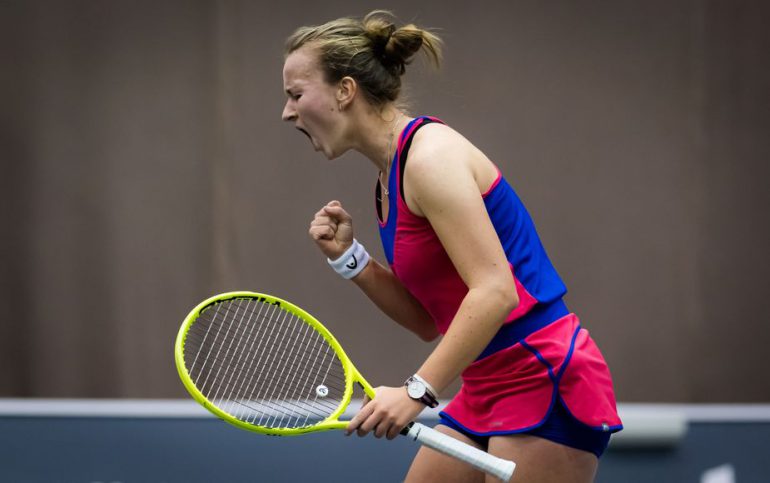 Barbora Krejcikova (33rd in the world) qualified this Thursday at Roland Garros for her first Grand Slam final by eliminating Greek Maria Sakkari (18th) 7-5, 4-6, 9-7 in 3 hours and 18 minutes (from 84 minutes corresponded to the last set) and she will face Anastasia Pavlyuchenkova (32nd) for the title.

The Czech, who saved a match ball on Thursday, will seek her first Grand Slam title, and the second of her career after Strasbourg in 2021.

Against Sakkari, who had eliminated last year’s finalist Sofia Kenin and reigning champion Iga Swiatek in the previous two rounds, the tension was palpable in recent games, although the Czech ended up winning on her fifth match point.

You can also read:  Murray gives Bautista no option and is proclaimed champion in Shanghai

«Even if I had lost today I would be very proud of myself, because I fought. It is the most important thing, both here and in life, “she added excitedly.

With tears in his eyes, he dedicated his victory to his compatriot Jana Novotna, who won at Wimbledon in 1998 and died in 2017 at the age of 49.

Krejcikova made sure to reach at least 22nd place in the WTA on Monday, the best ranking of her career.

You can also read:  The replica of the Conde de Godó trophy is already in the Nadal museum

Roland Garros champion in 2018 in doubles with her compatriot Katerina Siniakova, Krejcikova had the best result in Grand Slam before the Parisian fortnight in a round of 16.

This year he will also play in the doubles semifinals on Friday with Siniakova.

The last tennis player to reach the singles and doubles semifinals at Roland Garros in the same year was Lucía Safarova in 2015. But the last to have won both titles in the same year is Mary Pierce in 2000. (GG) (AFP)