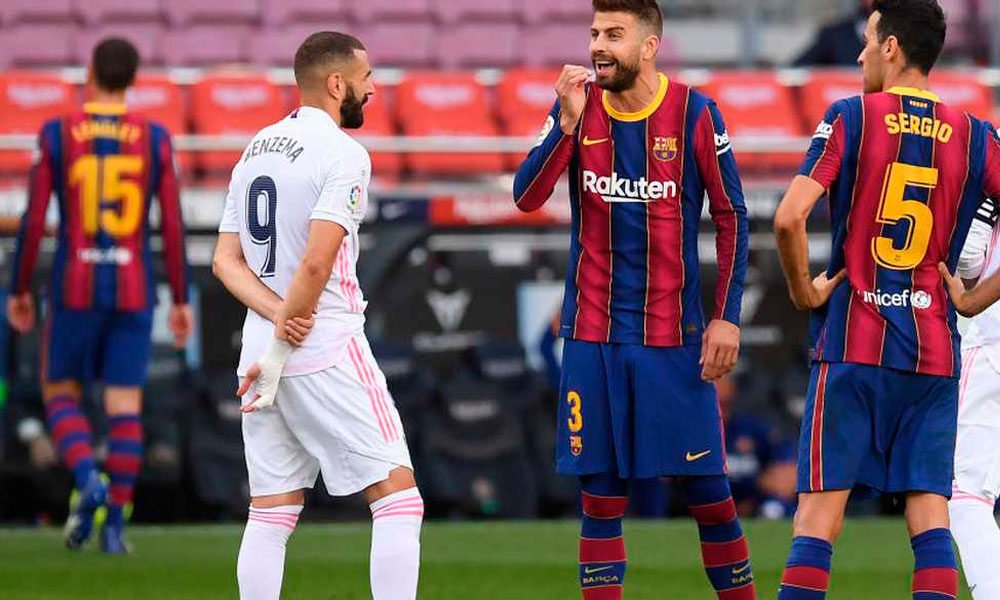 Barcelona, ​​who will host Real Madrid this Sunday, have not won the classic at the Camp Nou since October 2018, when they thrashed 5-1 with a triplet by Uruguayan Luis Suárez and sentenced Julen Lopetegui as coach of the Whites.

Since then both teams have met in the Barça fiefdom on three occasions, the first in the semifinal of the Copa del Rey, with a balance of two draws and a victory for Real Madrid, on their last visit.

That overwhelming triumph, in which the Argentine Leo Messi did not participate, had Suárez, now at Atlético de Madrid, as the main protagonist with his triplet. The Brazilian Philipe Coutinho and the Chilean Arturo Vidal opened and closed the party of the Catalan team and the drama of the white box that led to the dismissal of Lopetegui the next day and the appointment of Santiago Solari.

You can also read:  Lautaro Martínez and Antonio Conte resolved "differences" in an improvised ring

Almost four months later, on February 6, 2019, Real Madrid drew a draw (1-1) in the first leg of the cup tournament semifinals, but that score did not help them reach the final, because in the second leg, On the 27th, a double by Luis Suárez and an own goal by Frenchman Raphael Varane sealed the 0-3 score for Ernesto Valverde’s side.

On the tenth day of the 2019/20 campaign, on December 18, 2019, the classic ended with unusual draws to zero, and last season, on October 24, 2020, the team led by the French Zinedine Zidane He won 1-3 with goals from Uruguayan Fede Valverde, Sergio Ramos (from a penalty) and Croatian Luka Modric, while Ansu Fati momentarily balanced the score at the start of the clash.

You can also read:  A bill seeks to rename the Maracanã stadium with the name of Pelé

Real Madrid comes to this duel with three consecutive victories in the classic, which Barcelona have not won since March 2, 2019, when they won 0-1 on the twenty-sixth day of LaLiga Santander with a goal from Croatian Ivan Rakitic with Valverde on the Barça bench and Solari on the target.

The best series of triumphs for the Whites in the classic dates back to the 60s. They linked six between 1-3 in the second leg of the Cup quarterfinals on April 22, 1962 and 1-2 that achieved in the league competition on February 28, 1965 in a comeback signed by José Martínez Pirri and Fernando Serena.

You can also read:  'The Dodgers', LA City Connect uniforms

However, the best series of consecutive wins is in the five that Barcelona achieved between December 13, 2008 (2-0) and the remembered November 29, 2010 with the ‘little hand’ (5-0) of the team. Pep Guardiola on that of Jose Mourinho. EFE (HN)