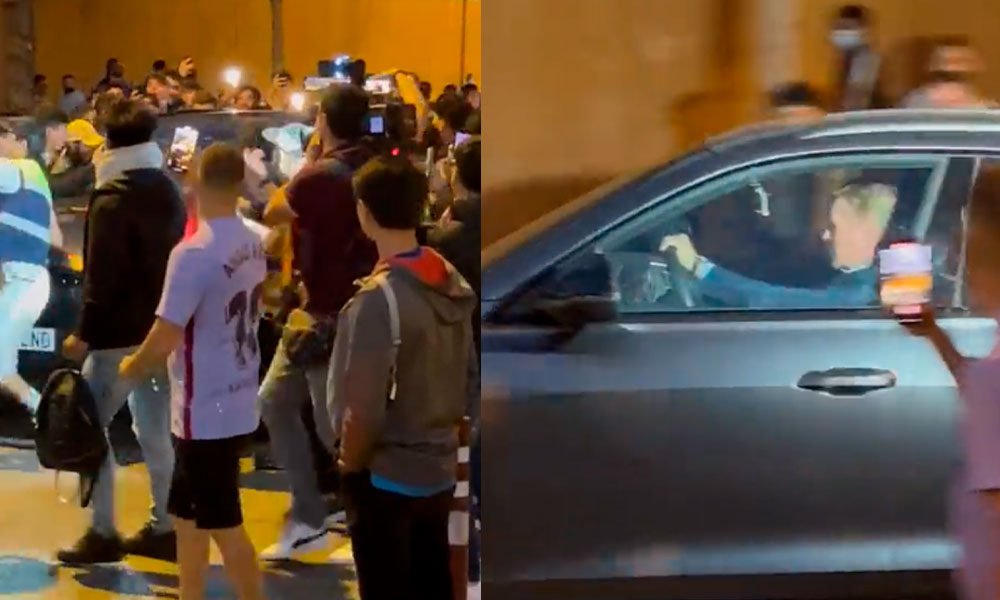 Barcelona condemned “the violent and contemptuous actions” suffered by Barça coach, Ronald Koeman, at the Camp Nou exit, where he was rebuked by some fans after losing 2-1 to Real Madrid in the Classic League.

“FC Barcelona publicly condemns the violent and contemptuous actions that our coach has experienced when leaving the Camp Nou,” Barça wrote on their official Twitter account.

“The Club will take security and disciplinary measures so that such unfortunate events do not happen again,” concludes the brief statement from Barcelona.

Images released by the media show how dozens of fans rebuked the Barça coach as he left the stadium by car.

You can also read:  Mbappé: My renewal with PSG does not depend on a game

Some of them even hit Koeman’s vehicle, while they abronan the coach, who manages to leave quickly.

Barça fell 2-1 this Sunday in their home field in the league classic against Real Madrid, which leaves the meringues five points ahead of a Barcelona that sees the leading teams of the championship move away. AFP (HN)