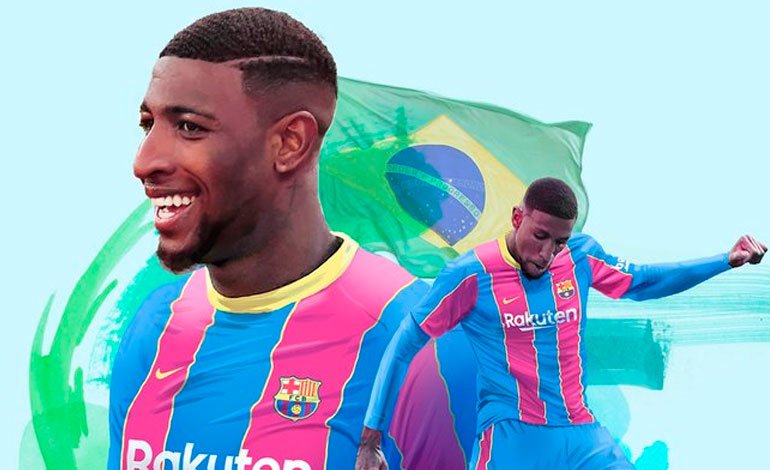 The young Brazilian right-back Emerson, on loan to Betis for the last two seasons, returns to FC Barcelona, ​​the Catalan club announced in a statement.

“FC Barcelona has informed Real Betis Balompié that it is exercising its right to recover Emerson Royal, who has played on loan for the last two seasons with the Andalusian team, as of July 1,” Barça said in its statement released on Wednesday. .

This is the third reinforcement announced by the Blaugrana club in three days, after Sergio Agüero on Monday and Eric García on Tuesday.

A fast right-back with an offensive vocation who can also evolve into the position of midfielder, Emerson (22 years old) scored five goals and provided ten assists for Betis.

This season, he was one of the key elements in Manuel Pellegrini’s formation, who finished sixth in LaLiga and earned a place in the Europa League: Emerson was the most used player at Betis this season (3,186 minutes), ahead of Guido Rodriguez and Nabil Fekir.

Barça had signed him in January 2019 to Atlético Mineiro in Brazil for 12 million euros, and had immediately sent him on loan to Betis.

With the Blaugranas, he will be in direct competition with Dutchman Sergiño Dest for the starting spot at right back.

You can also read:  Cillessen: I have never felt so powerless, angry and horrible

Emerson has already been international with Brazil once (a friendly won 3-0 against South Korea, where he had played two minutes at the end of the match, on November 19, 2019), and could be selected to play the Copa América (June 11 – July 10) with Brazil. AFP (HN).