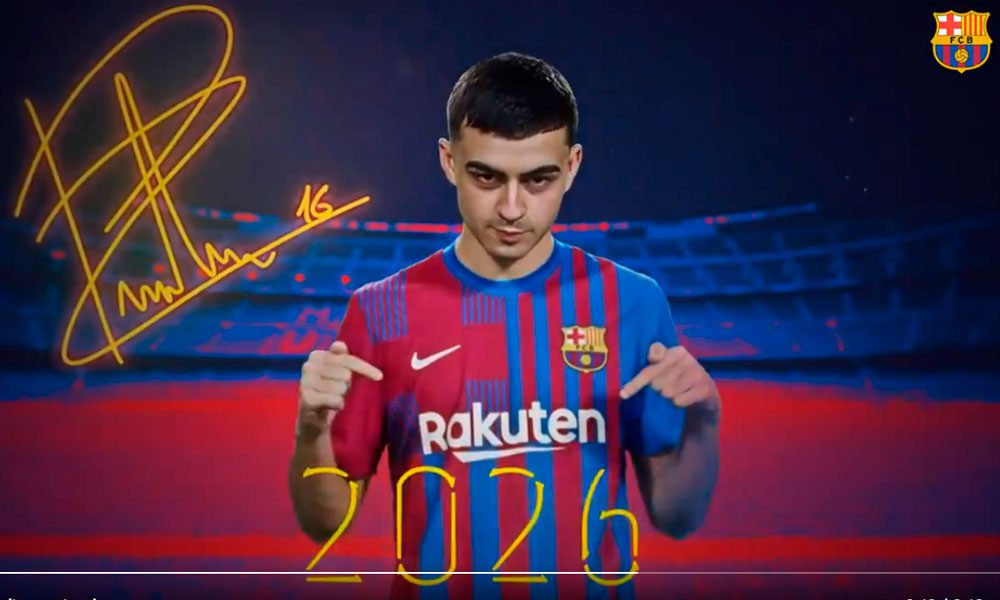 “Barcelona and the player Pedro González ‘Pedri’ have reached an agreement to renew their contract until June 30, 2026,” the Barcelona-based entity announced in a statement.

“The termination clause is set at 1,000 million euros,” added Barça in its statement, an amount unprecedented so far in Barcelona, ​​which seeks to dissuade possible outside suitors, after the explosion last season of the young Canarian midfielder, from 18 years.

Pedri will sign his new contract on Friday, after which there will be a photo shoot and a press conference for the player, who has broken precocious records with Barça and the Spanish national team.

You can also read:  The Camp Nou receives 47,317 fans in the first match without restrictions

The young midfielder, who arrived from Las Palmas in 2020, made his debut for the Barça team in September of that year in a match against Villarreal at the age of 17, starting a career that led him to play 53 games in his first season under Ronald’s orders. Koeman.

With great vision of the game and the ability to associate with his teammates, Pedri was the second youngest player to reach 50 games for Barça, only surpassed by Bojan Krkic.

His goal against Betis on matchday nine last season also made him the fourth youngest scorer for Barça in LaLiga, surpassed only by Ansu Fati, Krkic and Messi.

You can also read:  "Galacticos" and "dream team", the press praises PSG

– Important in the selection –

But its growing importance in the center of the Barça field has gone hand in hand with that acquired in the core of the Spanish team under the orders of Luis Enrique.

In ten games with La Roja, Pedri was also, at 18 years, six months and 18 days old, the youngest player to make his debut with Spain in a final phase of a European Championship or World Cup in the past.

You can also read:  Paulinho, the most expensive signing in Sporting history

With the Red team he reached the semifinals of the Eurocup and with little rest later he played the Olympic Games with the U21 team with which he won silver after falling in the final with Brazil.

Between national team and club, Pedri played last season “74 games that placed him as the player in the European leagues with the most games played,” Barcelona recalled.

The young Barça player, who has just been included in the 30 finalists for the Ballon d’Or, is among the group of young talents called to lead the change of era in Barcelona, ​​along with Gavi, Eric García and Ansu Fati, who should renew with the club in the next few days. AFP (HN)