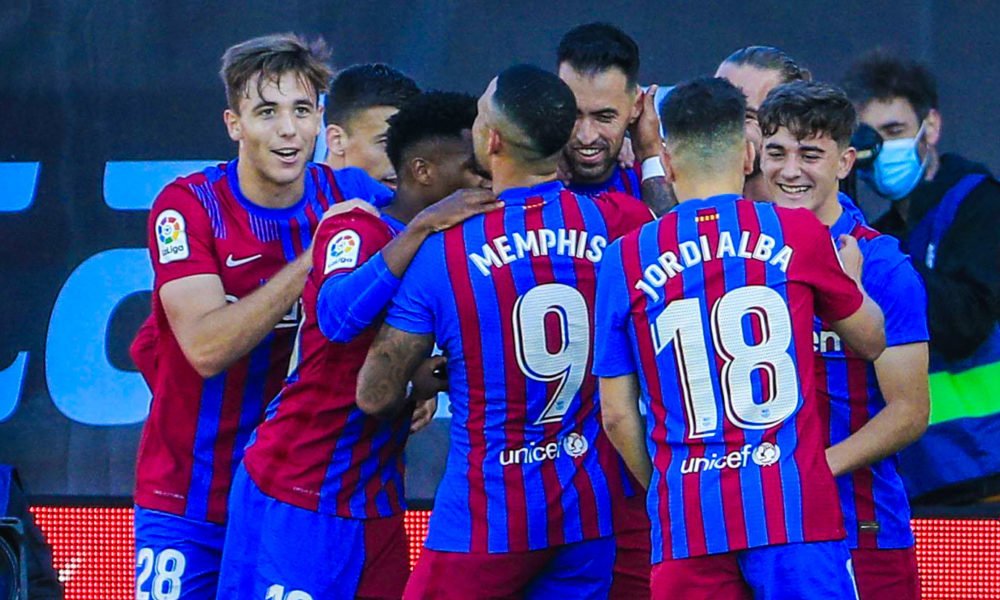 Just a few hours after the landing in Catalonia of its new coach Xavi Hernández, FC Barcelona (9th) made a new setback by drawing 3-3 at Celta de Vigo (14th), also wasting a 3-0 advantage achieved in the first half, this Saturday on matchday 13.

Ansu Fati, who was later replaced due to injury in the 39th minute, opened the scoring in minute 5 and then scored for Barça Sergio Busquets (18) and Memphis Depay (35), but Celta managed to lift a game that seemed to have lost with goals in the second half from Nolito (74) and Iago Aspas (52, 90 + 6).

In the standings, Barça stagnated in ninth position, after chaining a fourth league game without winning (two defeats and two draws).

Ten days ago, coach Ronald Koeman was fired after a defeat at the Rayo Vallecano field, and since then Sergi Barjuan has been the interim coach.

You can also read:  Why would Napoli not lend "Chucky" Lozano to the Mexican team

On Friday the hiring of Xavi Hernández (so far in Qatari Al Sadd) as the new Barça coach and the former Barça team midfielder landed in Catalonia on Saturday, where he will be presented on Monday, with the mission of rescuing the team from the current complicated situation.

In addition to the disappointing draw, Ansu Fatu’s physical condition worries after having to be changed due to injury, apparently with a muscle problem in his left thigh.

The 19-year-old is one of Barça’s great hopes for flying back and a new, more or less important injury would greatly complicate Xavi’s mission.

Another Barça player, the youth squad Nico, with adductor problems in 58, was also changed due to physical problems, so he left his place on the field to Riqui Puig.

“If you look at the squad, you see that we are playing with children (…) It is difficult to assess when you have so many injured,” said Sergi Barjuan, who considered that everything will be “different” when there are not so many casualties in the team.

Barcelona showed signs of the inconsistency that characterizes it this season and multiplied defensive errors, allowing the resurrection of a Celta who seemed knocked out.

You can also read:  Chelsea beats Malmo on the road and touches the classification

The double gives prominence to Iago Aspas (34 years old), who since the beginning of the season had had a discreet performance, with just three goals.

The eyes now turn to Xavi, who now faces the challenge of having to redirect the course of a team in a difficult situation and out of the European positions.

The fight for the LaLiga title seems a long way off for Barcelona.

Their great historical rival, Real Madrid (2nd), has 7 points more than Barça and could extend their advantage to 10 if they beat Rayo (6th) in the last game on Saturday at the Santiago Bernabeu.