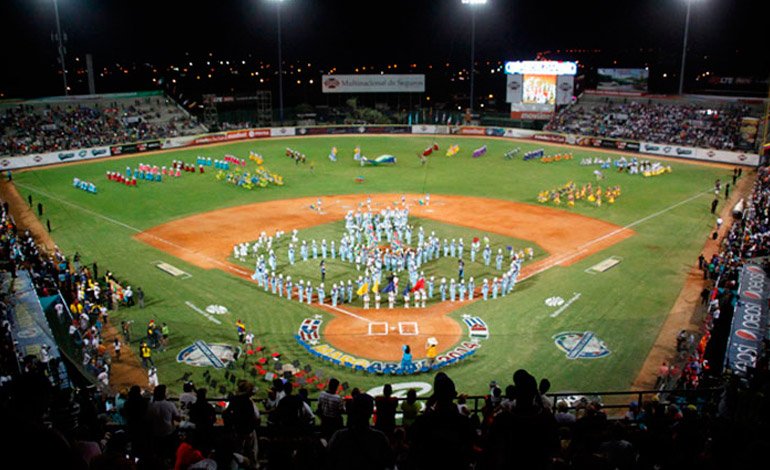 The Venezuelan Professional Baseball League (LVBP) announced today that the city of Barquisimeto, in the west of the country, will host the 2018 Caribbean Series at the Antonio Herrera Gutiérrez stadium, home of the Cardenales de Lara team.
“Barquisimeto has everything to organize a great Caribbean Series, it is a city that has the necessary infrastructure for this type of event,” announced the president of the LVBP, Oscar Prieto Párraga.
“I have not the slightest doubt that they will make the best series in the Caribbean in Venezuela,” he remarked.
The designation was approved by the eight Venezuelan teams that make up the League during the institution’s annual convention, in which the conditions for the next 2016-2017 season are also discussed.
Barquisimeto will host the Caribbean Series for the first time and became the seventh Venezuelan city to be designated after Caracas, Puerto La Cruz, Maracaibo, Valencia, Maracay and the island of Margarita have organized it in the past.
“I know we can put together an unforgettable Series,” said the president of the Cardenales de Lara club, Humberto Oropeza.
The governor of Lara state, Henry Falcón, said that they had made efforts “to generate the most important baseball event in the region” in the state capital, and that they have long invested in the stadium because they want to have “the best event that has been known in the history of our baseball.
Barquisimeto has also hosted two regional events this year, the Conmebol U17 Women’s Soccer Championship and the South American Women’s Basketball Championship organized by the Pan American Basketball Confederation (FIBA Americas). EFE

You can also read:  World Confederation Advocates Keeping Baseball on the Olympic Program