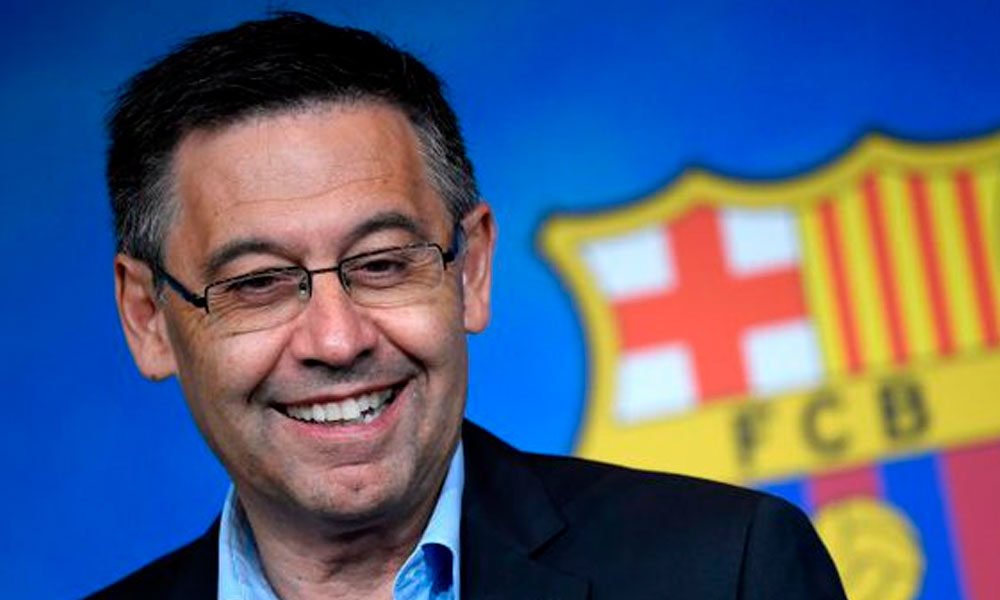 The former president of FC Barcelona, ​​Josep Maria Bartomeu, explained to the court of instruction number 13 of Barcelona that he had “no knowledge” of the accounts of social networks dedicated to defame businessman Jaume Roures, who has sued him for slander and insults in relation to the ‘Barçagate’ case.

In the statement made and to which EFE has had access, Bartomeu insisted that he “did not even” participate “in any of those accounts” nor did he give “any order or instruction at all” to the Nicestream company to create those profiles.

In addition, he said that he did not know “anyone who has done this” and that he had not seen the content of the accounts ‘Jaume, a horror film’ (Facebook) and ‘Jaume de terror’ (Twitter) until he read the complaint.

According to Bartomeu, the ‘Barçagate’ Facebook accounts “were part of the monitoring” contracted to the Nicestream company, but stressed that at “no time” he knows “who created them or who is behind them.”

On the other hand, the former president of the Barça entity admitted that he met Carlos Ibáñez, the owner of Nicestream, in October 2017: «At that time, due to different situations, the Neymar case, and the whole case of the ‘procés’ with the arrests we needed to have information from the networks.

You can also read:  Mexican striker Joao Maleck sentenced to 44 months in prison

“As a result of asking some people, Mr. Jaime Malet introduced me to Nicestream and Mr. Ibáñez. He came to my office one day and we met with Mr. Óscar Grau (former general manager of the club) and Mr. Jaume Masferrer (Bartomeu’s right hand man). As it was what I was looking for, I decided to hire him. It was the first and last time I saw Mr. Ibáñez, “he said.

Bartomeu considered before Judge Alejandra Gil that “you have to put yourself in the situation of that social moment in Catalonia.” According to him, then “there were sponsors worried about the future of the club and what would happen to the competitions.”

This Monday, Jaume Masferrer, the adviser to the presidency during Bartomeu’s term, also declared for the same complaint, and EFE has also had access to its content.

Unlike the former president, Masferrer admitted being aware of the accounts “‘Jaume, a horror film’ and ‘Jaume de terror’, although the latter said that he learned of their existence when he had” the opportunity to read Mr. Roures’ complaint. ” .

«I had previous knowledge of the Facebook account ‘Jaume un film de terror’, because the behavior and its evolution were reported to us in residual reports. They were very small reports, five to six pages long. From those reports I looked at the evolution of those channels, the metrics they gave, the number of followers, the number of retweets. I do not remember that there were specific messages, “said Masferrer.

You can also read:  Tico Keilor Navas, tenth best goalkeeper in the world of the 21st century

In addition, he said that he was informed that it existed and that it was “a sort of newspaper library of news that is published around Jaume Roures and by extension of his company Mediapro.”

On the other hand, he admitted that he cannot “swear that there was not a message that appeared in a report”, but that he does not remember it. “If it existed, I read it for sure, but if there were any, it was very little, because they were reports of six or seven pages and four were occupied by metrics,” he added.

What Masferrer did make clear is that “never” did the workers of I3 Ventures (a Nicestream subsidiary) ask him for his opinion on any message. Never, absolutely never. Because it was news, “he said.

Asked why it was the only channel created by Nicestream that had a name and surname, Masferrer elaborated before the judge: “Jaume Roures is probably one of the most relevant people to understand the Barça ecosystem. Through his company, Mediapro, he had worked for the club and stopped doing so during Mr. Bartomeu’s presidency ”.

You can also read:  The Fifa The Best awards will be delivered virtually

In addition, Masferrer considered that “he is a person who has had a hostile, belligerent, tense relationship with the Bartomeu board and that of Sandro Rosell.”

“It is a person, he and his company, who have filed a complaint against the club and some non-payment process still in force,” he explained.

Thus, “in view of all this scenario, and taking into account that he had made an offer for the ‘naming rights’, when the report of this news was proposed to us, it seemed to us of great interest”, Masferrer sentenced.

Regarding the language used in these Facebook accounts, Masferrer admitted that “it is evident that it is critical news.” But, asked if it seemed insulting, he replied “frankly not.”

«From what I have been able to see, it does not seem to me that it is out of tune considering the language that is used to use in the networks. If you ask me if I would authorize it, as long as it was at this level, there is no behavior out of place “, stressed who was Bartomeu’s right hand.

The two, along with Óscar Grau, Carlos Ibáñez and Román Gómez-Ponti (former head of the club’s legal services), are also being investigated for possible unfair administration and corruption between individuals in the ‘Barçagate’ cause. EFE (HN)