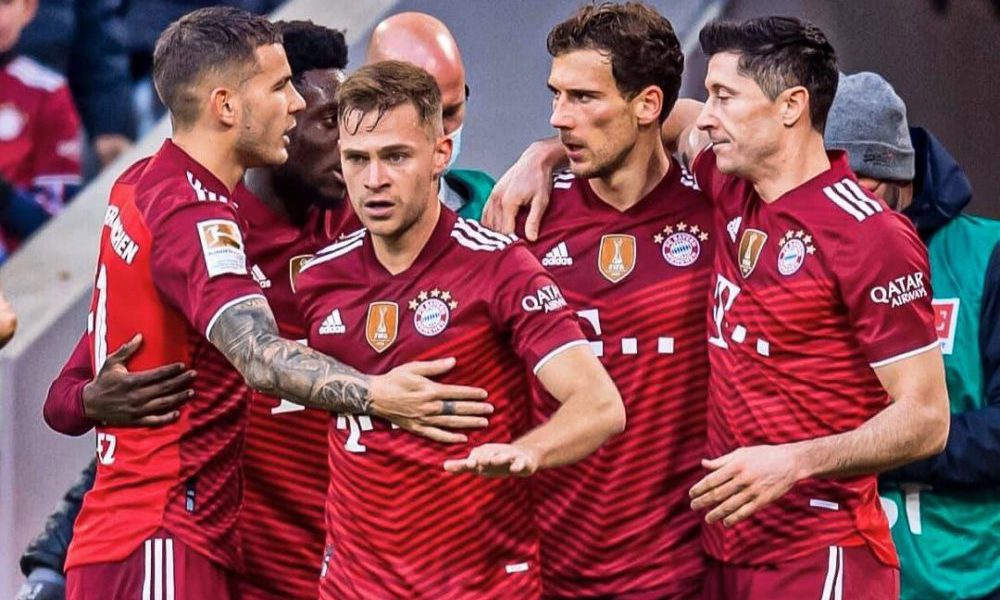 Bayern Munich (1st) defeated Freiburg (3rd) 2-1, the only team to remain undefeated this Bundesliga season before this matchday 11 duel, in which the Bavarian giant consolidated their lead.

Julian Nagelsmann’s team also adds pressure to Borussia Dortmund (2nd), who are four points behind before their visit to RB Leipzig (8th) in the last game on Saturday.

The Polish Robert Lewandowski signed his 13th goal of the season in the championship (2-0, minute 75) and is even more prominent leader of the top scorers table, also taking advantage of the injury loss for several weeks of his great rival, Erling Haaland (Borussia Dortmund).

You can also read:  Portugal sharpened its aim with Israel and is ready for the Euro

Leon Goretzka had opened the scoring for Bayern in the 30th minute.

Freiburg is off the hook six points behind Bayern but retains its third place.

At home, Bayern, the reigning German champions, had more problems than usual. In five of his last six games he had scored at least four goals each time, but this time he ran into a defense that is by no means the best in the Bundesliga so far (9 goals conceded in 11 games).

Despite a fairly clear dominance from the start, and despite numerous occasions, Bayern were only able to score once before the break, with a Goretzka shot in the middle of the race after a serve from Thomas Müller (1-0, 30).

You can also read:  Monterrey makes the arrival of Tico Joel Campbell official

Bayern then had to face the threat of a draw from Freiburg, which created danger in Munich, playing without complexes.

Neither Leroy Sané, with a powerful shot from almost twenty meters in 54, nor Goretzka, who hit the post in 56, nor Serge Gnabry with another good chance in 69, could then beat goalkeeper Mark Flekken.

It had to be Lewandowski who put Bayern to safety, making it 2-0 in 75, with assistance from Sané.

Freiburg shortened their disadvantage in the final discount thanks to Janik Haberer (90 + 3). A few minutes earlier, Bayern goalkeeper Manuel Neuer had had a very good intervention against a header from Ermedin Demirovic (85).

You can also read:  Ukraine beats Sweden in extra time and goes through to the Euro

In the other games on Saturday, Wolfsburg achieved a second consecutive victory, 1-0 in Augsburg (16th). The ‘Wolves’ are fourth, in the last place they qualify in Germany for the next Champions League. (AFP)