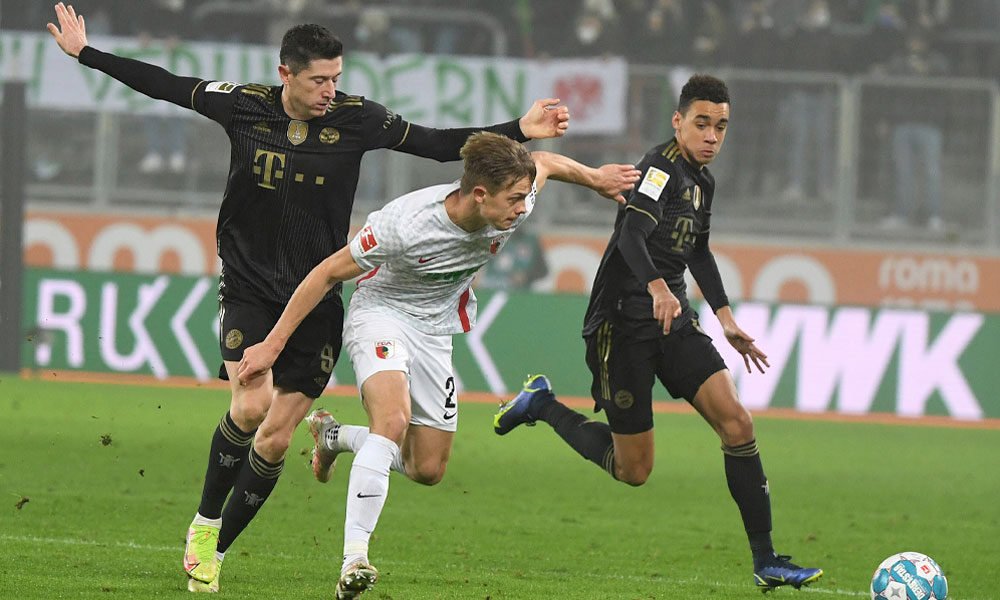 Bayern conceded their second defeat in the Bundesliga after losing at the WWK Arena to Augsburg (2-1), which fights not to fall to the relegation places and had only added two wins before facing this twelfth day.

Julian Nagelsmann’s side, which suffered its first setback of the course outside the Allianz Arena, remains in the lead. But they may lose an advantage over Borussia Dortmund that if they win their match against Stuttgart on Saturday they will be only one point behind.

Bayern paid their bad start and when they wanted to react they ran into the inspiration of the Polish goal Rafal Gikiewicz who supported his team against the Munich avalanche, accentuated in the second half.

You can also read:  Juventus will increase capital by 400 million

It was a historic victory for Markus Weinzierl’s team, who had not beaten Bayern since 2015 and who put success on track in the 23rd minute when a lateral center from Brazilian Iago was intercepted by the champion’s defense. The rejection fell at the feet of Mads Pedersen, who, volleyed, beat Manuel Neuer.

There was no reaction from Bayern and Augsburg, driven by their enthusiasm and orderliness, extended their lead after snatching the ball from Marcel Sabitzier. Iago returned to cross from the left wing. Andre Hahn appeared and headed the second for Augsburg.

The German champion accelerated and closed the gap shortly after, at 38. A cut from Benjamin Pavard and a cross from Thomas Muller was enough for Robert Lewandowski to hook the ball and score a goal.

You can also read:  Juventus reports losses of 210 million euros

The second half was a visiting monologue. A harassment from Bayern on the Augsburg area that remained standing thanks to order. The Munich team played badly. He sought the equalizer with insistence but without balance and the local team achieved its goal.

The defeat leaves in the air the advantage as leader of Bayern, rival of Barcelona in the Champions League. Augsburg comes out of the descent in which it was immersed at the start of the day. EFE