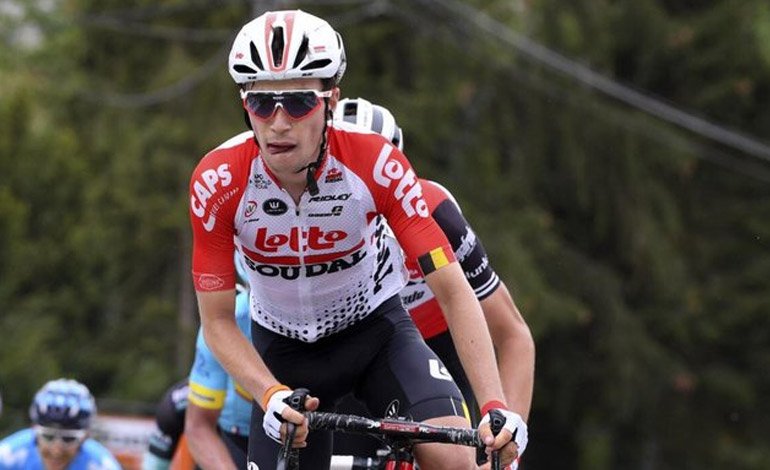 Belgian cyclist Bjorg Lambrecht, 22, died after suffering a fall during the dispute of the third stage of the Tour of Poland, 150.5 km long between Chorzow and Zabrze, announced his team, Lotto-Soudal.

“The greatest tragedy that could happen to Bjorg’s family, friends and colleagues has happened… Rest in peace Bjorg,” the Belgian team announced on its Twitter account minutes after the Polish press had reported the fatal accident.

The accident occurred at kilometer 30 of the stage, when Lambrecht collided with a concrete structure that was located on the shoulder of the road.

The emergency teams tried to resuscitate him on the spot and shortly after the cyclist was transferred in critical condition by helicopter to a hospital in the city of Rybnik (south), where he died hours later while undergoing surgery, according to the Polish website Onet.

Lambrecht was one of those young people who embodied the new generation of Belgian cycling. A great wheeler and specialist of the classics, Lambrecht defended himself well on all terrains, which allowed him in 2017 to finish second in the Tour del Porvenir after the Colombian Egan Bernal, the last winner of the Tour de France.

In 2018, in his first year as a professional, he finished second in the Tour of the Fjords and was runner-up in the world road event in the sub-23 category.

In 2019 he had the best results so far a fourth place in the last Walloon Arrow and a sixth place in the Amstel Gold Race, two of the famous Belgian classics of the Triptych of the Ardennes. AFP