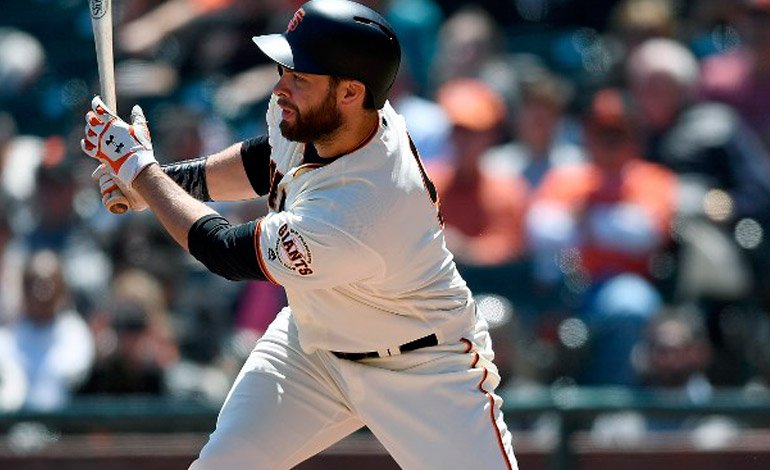 The hitting power was once again present in the San Francisco Giants’ offense with first baseman Brandon Belt who fell one home run short of the full cycle and beat the San Diego Padres 13-9 in the duel of Californian teams of the National League.
Along with Belt, who went 3-for-4 with five RBIs and two runs scored, outfielder Hunter Pence also produced a pair of three-hit streaks that helped the Giants sweep the series.
Starter Jeff Samardzija (3-1) pitched 5 2/3 innings and got the win after his own two-run single broke a 4-4 tie on the scoreboard.
The win was the Giants’ fifth in the last six games and they are 12-11.
Second baseman Joe Panik, shortstop Brandon Crawford, catcher Trevor Brown and pinch-hit outfielder Gregor Blanco also drove in runs for the Giants, who posted a season-high in that part of the game.
Pence and third baseman Matt Duffy each had three hits.
The loss went to Padres starter Andrew Cashner (1-2), who couldn’t get past the third inning by allowing six runs, including three earned, four hits, four walks and a couple of strikeouts. .EFE