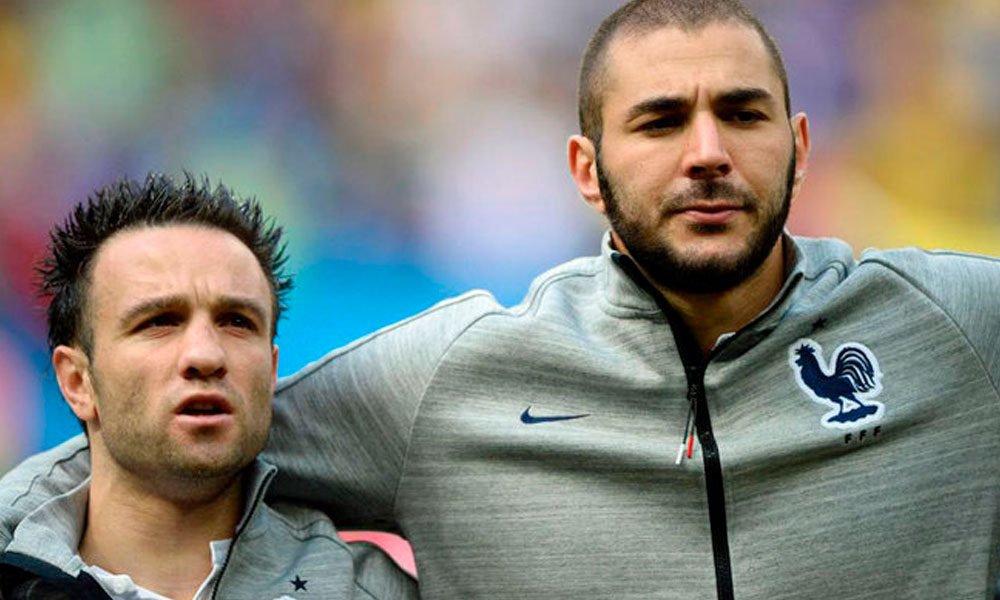 Real Madrid striker Karim Benzema, candidate for the Ballon d’Or for his performance with the French soccer team, will be tried from Wednesday in Versailles, southwest of Paris, in the case of the ‘sextape’.

The 33-year-old footballer will appear for three days, along with four other defendants, in court for their participation in this extortion attempt, whose victim is his former teammate, Mathieu Valbuena, 37.

Will Benzema go to trial the day after a Champions League match in Ukraine? His lawyers did not respond to questions from AFP. Valbuena, who is currently playing in Greece, will attend, according to his lawyer Paul-Albert Iweins.

During the investigation of the case, the defense claimed in vain a confrontation between both players, especially when the interpretation of what happened differs. Benzema assures that he gave advice from a friend to Valbuena, who sees pressure on his part.

The events date back to October 6, 2015. The French forward goes to Valbuena’s room during a concentration of the ‘Bleus’ at the Clairefontaine training center, about 40 kilometers southeast of Paris.

Benzema explains to his teammate that he can introduce him to “someone he can trust” to help him “manage” the possible publication of a compromising video, according to case documents consulted by AFP.

Be careful, Math. They are great big bullies ”, warns the Real Madrid player, for whom, as he explained later, it was a way to help his colleague. Instead, Valbuena confessed her impression that she was being “teased.”

Following this conversation, Benzema called his childhood friend Karim Zenati, an intermediary for the alleged blackmailers, to whom he said: “He doesn’t take us seriously.” For the prosecution, that “us” shows that it is “included” in the operation.

Both men, whose phones were tapped, mock Valbuena. Benzema assures that if the video comes to light, the current Olympiakos player will be “thrown tomatoes.”

«We are here to help you. If he doesn’t want to, let him get by with the piranhas, ”says Zenati, who will explain to the investigators that he only wanted to warn Valbuena of the existence of the recording.

You can also read:  Pacquiao to run for Philippine presidency

“They are going to piss on him,” replied Benzema, who in another conversation described the midfielder as “tarlouze.” This word is used to make fun of homosexuals, but, according to the Real Madrid player, he used it in a “friendly” way.

Karim Zenati “in no way” was lent to blackmail, explains to AFP his lawyer Emmanuel Mercinier, who hopes that “the court will ignore the celebrity of the protagonists and the media agitation.”

Karim Benzema faces up to 5 years in prison and a 70,000-euro ($ 81,000) fine for complicity in a blackmail attempt. The other four defendants will be tried for attempted blackmail.

One of them, Axel Angot, is also prosecuted for breach of trust, since with this man, who moves on the football scene in Marseille, everything began.

In 2014, Valbuena sent him his phone to transfer the data to a new cell phone. Angot then comes across a sex video of the footballer, who also played for Olympique de Marseille and Lyon.

You can also read:  Arsenal cancels its trip to the United States due to covid-19 cases

Together with a friend, Mustapha Zouaoui, he seeks to pressure the midfielder to pay for the non-dissemination of the video. To do this, they contact the former international Djibril Cissé, who refuses to put them in contact with Valbuena and warns the latter of the existence of the ‘sextape’.

So, they ask Younes Houass, who knows the world of football well, to intervene. This man contacts Valbuena before addressing the situation with “Luka”, an undercover police officer who acted as an intermediary for the complainant.

According to one of the lawyers, a “dialogue of the deaf” ensues. Younes, who is not in possession of the video, does not make a request for money.

“Luka” contacts Houass on several occasions, which, according to the defense, is a provocation to commit a crime. The French Court of Cassation, however, invalidated this argument.

Faced with this impasse, the alleged blackmailers separate Houass from the project and contact Karim Zenati, Benzema’s friend. The latter then enters the scene, which is worth appearing in court for complicity. AFP (HN)