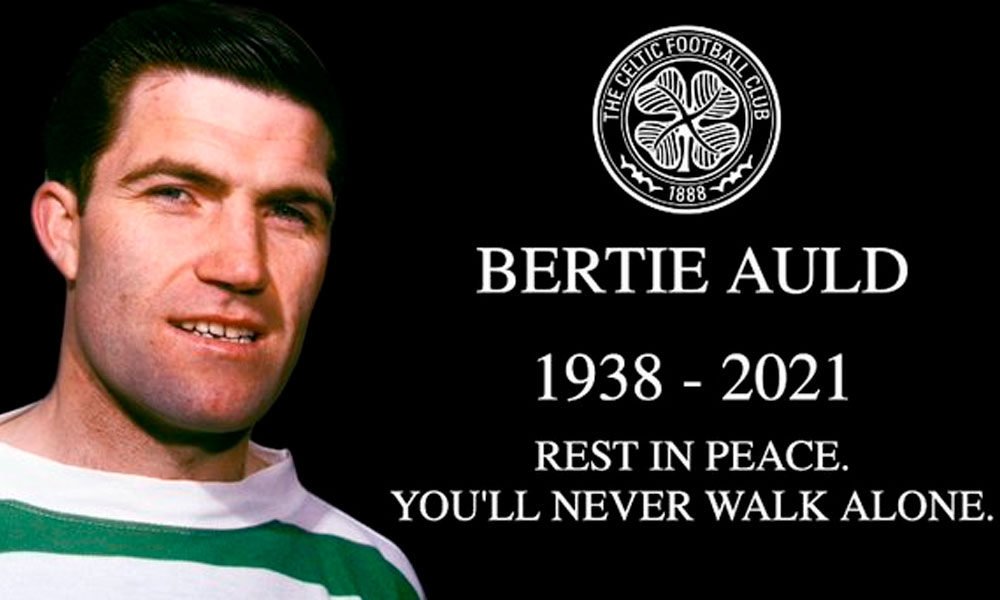 Bertie Auld, a member of the Celtic European champions, known as the ‘Lisbon lions’, died at the age of 83, the Scottish club reported in a statement.

Auld is one of the legends of the green and white club, with whom in two periods, in 1955-61 and 1965-71, he played 283 games, in which he scored 85 goals. He won five League titles, four League Cups, three Scottish Cups and the 1967 European Cup, when he was part of the legendary team that beat Inter Milan 2-1 on May 25 in the Portuguese capital.

“The sincerest thoughts and prayers of everyone at Celtic go out to Bertie’s family at such a difficult time. There are no words to adequately describe what it meant to the club and the fans. He was a giant man and player, and quite simply Mr. Celtic, ”commented Ian Bankier, Celtic President.

You can also read:  Modric: Our game is far from ideal

“With his talent he rose to the highest heights as a player,” said the manager, who added that “greatly enriched” the lives of those around him with “his humor, character and personality.”

“Bertie will always be remembered as one of Celtic’s greatest sons, part of a team that presented the biggest award of all to the club and its fans. He brought so much joy to the Celtic fans on and off the pitch and we sincerely thank and honor him for that, ”said Michael Nicholson, Acting CEO.

Auld also played for Birmingham City when he left Celtic in 1961 and won the English League Cup title in 1963 before returning to the Scottish club.

As a coach he led teams like Partick Thistle, Hibernian, Hamilton and Dumbarton. EFE