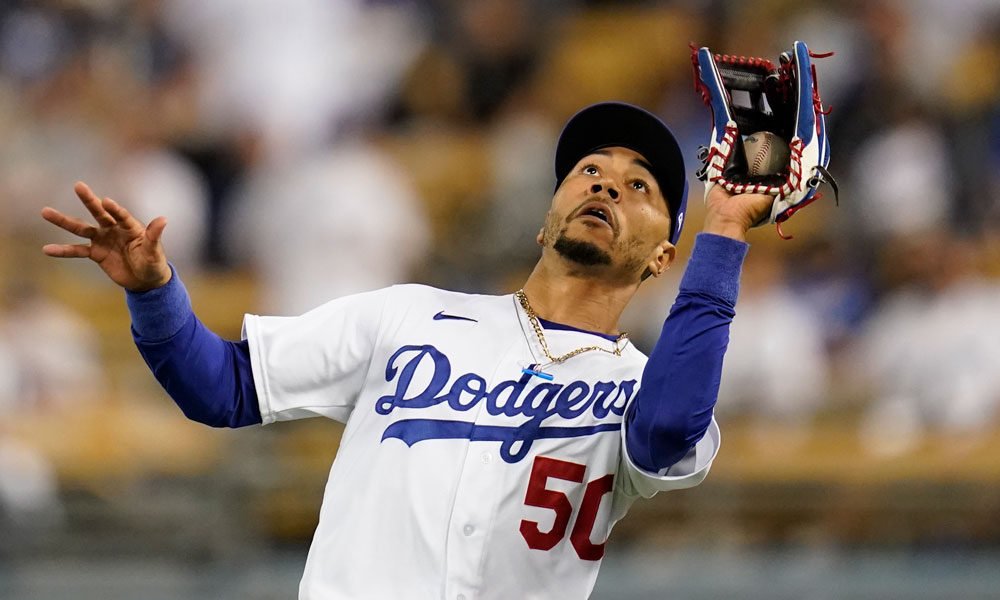 Betts’ No. 50 placed No. 1 for the second year in a row after they acquired it before the 2020 season from the Boston Red Sox.

The other Dodgers in the top 10 best-selling jerseys are Clayton Kershaw (fifth); Cody Bellinger (sixth); and Corey Seager (eighth), the MVP of the last World Series. Kershaw and Seager will become free agents.

After Betts is the Dominican star of the Padres Fernando Tatis Jr., who signed before the season a contract of 340 million for 14 years to stay with San Diego and is one of the candidates for the MVP of the National League.

Venezuelan Ronaldo Acuña Jr. of the Atlanta Braves was third, despite a knee injury in July that left him out for the rest of the season. Javier Báez finished fourth among his Cubs and Mets jersey sales after the Puerto Rican was transferred to New York mid-season.

Angels phenomenon Shohei Ohtani finished ninth after he had one of the most notable seasons in history. The AL MVP favorite had 46 homers, 100 RBIs and a .956 OPS at the plate and was also 9-2 with a 3.18 ERA in 23 games as a starter.

Yankees slugger Aaron Judge, who led in major league jersey sales for three years from 2017 to 2019, was seventh. Nolan Arenado was 10th in his first season with the St. Louis Cardinals after being traded for Colorado, followed by Phillies star Bryce Harper.

You can also read:  Marlins Park will host the Group in the 2017 World Baseball Classic

Anthony Rizzo, who was traded midseason from the Cubs to the Yankees, was 12th in total. He was followed by Mike Trout of the Angels and who was included in the list even though he played only 36 games due to a calf injury.

The ranking, released by MLB and MLB Players, Inc. on Monday, is based on sales of Nike jerseys on the MLBShop.com site as of the first day of the season. AP (HN)