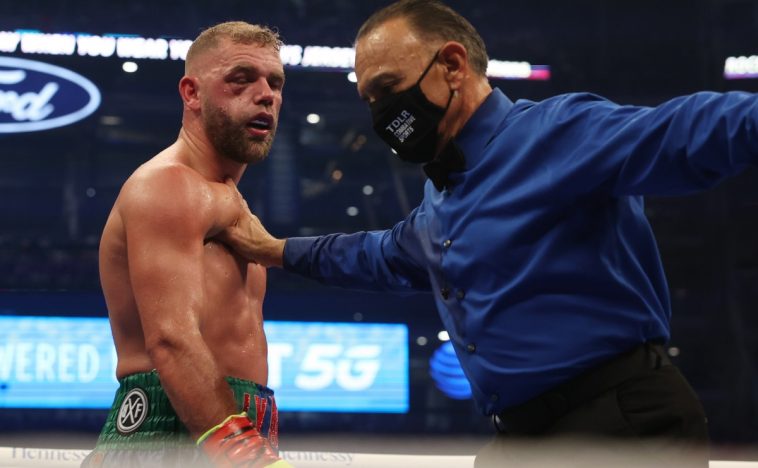 Successful was the surgery performed on the British fighter Billy Joe Saunders after the fracture he had in the right eye bone, on Saturday night before 73 thousand fans at AT&T Stadium in Arlington, Texas, against Canelo Álvarez, waiting to receive the discharge that allows him to travel back to his native England.

A spokesperson for the Matchroom Boxing company told ESPN that the surgery was successful, and that the 31-year-old was already in recovery. So far they have not told him the day he could be getting on the plane to return home after having lost for the first time as a professional, a fast-track defeat, against the four-time Mexican champion.

You can also read:  Golovkin defeated Wade by TKO in the second round

Saunders lost the Super Middleweight Championship of the World Boxing Organization to the monarch of the World Boxing Association and World Boxing Council, Canelo Álvarez, on a card that registered the highest attendance for a closed arena with 73,126 fans, surpassing by almost 10,000 the mark that Muhammad Ali and Leon Spinks had in 1978 with 63,352 fans at the New Orleans Superdome.

Canelo said that at the end of the eighth round, he felt that his rival was no longer going to be able to continue thinking that he had caused greater damage to his cheekbone, which ended up being confirmed once he was taken to the hospital to be supervised after the hard punishment he received, especially in the eighth and final round. (GG) (ESPNDEPORTES.COM)

You can also read:  Cuba announces its team of fighters for the VII World Series of Boxing