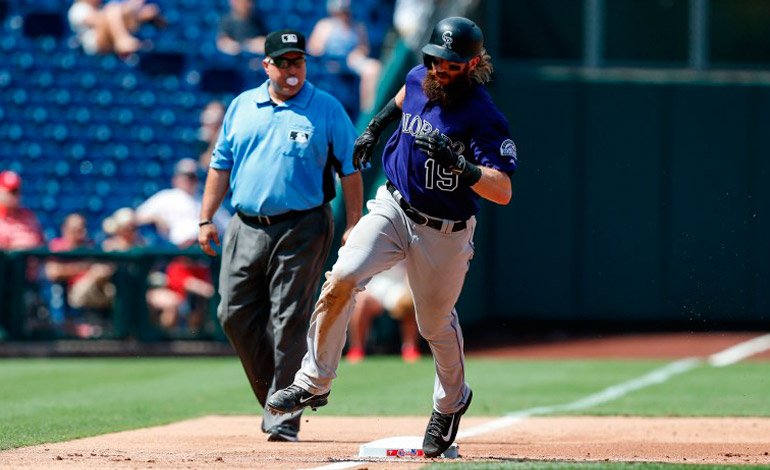 Sluggers Charlie Blackmon, of the Colorado Rockies, and Mookie Betts, of the Boston Red Sox, joined the select group that this Major League season has managed to hit three home runs in the same game.

Betts did it twice this season, joining Ted Williams as the only ones in more than 100 years to do it in the same season.

Andruw McCuthcen (PIT), on Tuesday April 26 to the Rockies (one JDLa Rosa (2) and one to C.Bergman).

Aaron Hill (MIL), on Saturday, May 7 at the Reds (Finegan, Ramirez and Cothan).

Corey Seager (LAD), on Friday, June 3 at the Braves (Tehran 2 and Cervenka).

Charlie Blackmon (COL), on Friday, August 12 at the Phillies (to Thompson, Ramos and Hernández).

You can also read:  LeBron James dumped with the Indians in their fight to reach the World Series

Hanley Ramírez (BOS), on Wednesday, July 20 against Giants (2 against Cain and 1 against Suárez).

Max Kepler (MIN), on Monday, August 1 against Indios (2 against Salazar and one against Rosario).

Manny Machado (BAL), on Sunday, August 7 at the White Sox (2 to Shields and one to Albers).

You can also read:  Yankees and Nationals will cheer on opening day