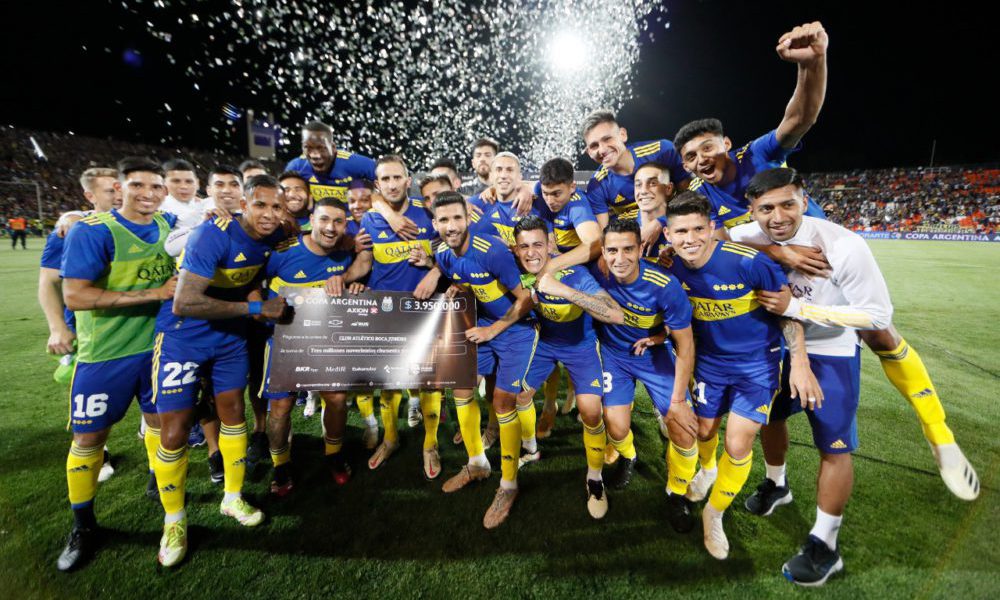 Boca Juniors took a new step behind the great goal that remains for him in 2021: he beat Argentinos 1-0 in Mendoza and became a finalist in the Argentine Cup, which in addition to awarding a title, offers the champion a place for the next Copa Libertadores. Luis Vázquez, 10 minutes into the second half, scored the decisive goal for a Xeneize that did not shine, he needed a figure Agustín Rossi, but it was forceful.

From the beginning, the Xeneize bet to put pressure on the departure of Argentinos, who by proposal tries to start the actions with the ball rolling on the grass, regardless of the suffocation. Thus, those of Battaglia recovered high or forced losses in a couple of opportunities, and an Almendra shot over the crossbar was the most dangerous action. The midfielder assumed the role of pitcher, thinking about the speed of the village and Pavón as weapons.

But little by little the Bug was gaining half of the field, beyond a certain predilection of redounding in the pivoting of Ávalos. With Florentín and Carabajal as puppeteers, he began to control the actions and arrived twice. One, after a Mac Allister side who connected the aforementioned Carabajal inside the area. Another, after a wall between Ávalos and Florentín, that the midfielder culminated with a low and deflected shot.

You can also read:  Rodrygo and Mariano arrive at Granada; Valverde still on the sidelines

Boca played uncomfortable, he only found an edge from individual actions, especially on the bands. Like the overflow of Medina that Izquierdoz failed to connect (and ended up falling imperfectly for Vázquez). Or two sets of Villa and Pavón. Argentinos, meanwhile, failed to translate the long stretches of possession into risk. And they did not take advantage.

The first bars of the second part offered the most distressing image of Boca. That could be seen down on the scoreboard in Carabajal’s hand in hand (who took advantage of an error at the start), but the ball hit the post. Those on the bank could not get out or find the ball. But, first, Almendra found Pavón on a long ball and the center in the middle did not end in the net because a defender anticipated Luis Vázquez. And at 10 ‘, almost immediately, the attacker hit a free kick from Villa and gave Xeneize peace of mind.

You can also read:  Sevilla provisional leader after a feast of goals against Levante

5 minutes later, Reniero, after a frantic run, almost made it 1-1, but Agustín Rossi prevented it. The former Racing and San Lorenzo striker was also the star of the night’s great controversy. At 22 minutes, the striker shouted after assistance from Ávalos, but the referee Fernando Echenique canceled it at the request of his assistant Facundo Rodríguez. The entire Bicho bench went over to the main judge after observing the play on the tablet (Gabriel Milito was expelled). However, a curious situation gave the reason to the refereeing list: after a player from Argentinos put the ball in the area, Reniero fumbled and it was there that it led to Ávalos, who was returning from the offside. If it had touched at least the Prince, everything would have been validated.

From the defensive solidity, then the Xeneize almost did not hurt. Rossi again, before a shot from Florentín, lowered the blind to the goal and the key. Boca came from two defeats in a row in which he did not show a good version on the field of play. In the match against Vélez in Liniers he was outmatched by El Fortín, who hit at the right times to get the victory (2-0). And last weekend, as a local in La Bombonera, those led by Battaglia found themselves quickly down on the scoreboard after Rossi’s error at the start and the Carbonero penalty that Pulga Rodríguez changed for a goal. In the second half of the game, the locals were close to the draw, but could not beat the Gimnasia goalkeeper, who took a great triumph from Brandsen 805. The triumph restores his peace and leaves him at the gates of a possible Olympic return , beyond the fact that he was in debt again from the game.(Infobae)

You can also read:  France could not with Bosnia