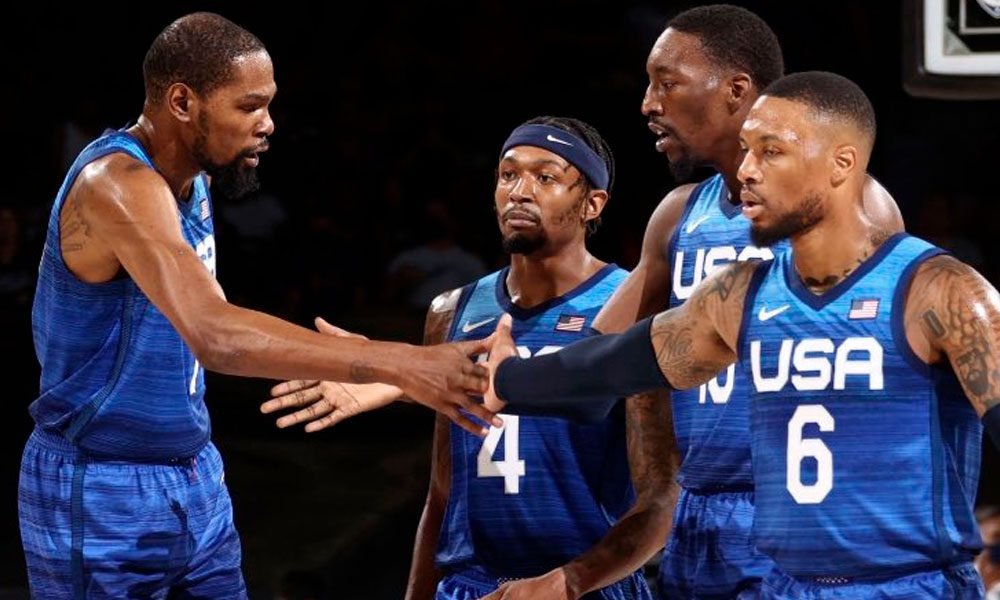 After meeting in the NBA Finals, guard Devin Booker of Phoenix and Jrue Holiday and Khris Middleton of Milwaukee will be teammates on the Dream Team, which will seek a fourth consecutive gold in Tokyo-2020.

The three will join the US team in Japan, the current three-time Olympic champion, after the conclusion of the NBA Finals, which Milwaukee Bucks leads 3-2 and on Tuesday at home in the sixth game they will seek to win the ring.

Booker has produced two 40-point performances for the Suns, but the Bucks won both times and no matter how the series goes, players must quickly put their rivalry aside to join the Dream Team.

You can also read:  Raptors Star in Another 'Miraculous' Win; Clippers show their power

“I think we’ll be fine,” Middleton said Monday. “Right now, we haven’t said a word to each other. I am sure that we will not be the best of friends during the Games, but we will surely be teammates.

“We will be on the same path, talking about basketball, trying to get the job done. That’s what being a competitor is all about, but it’s also about being a teammate. “

There is a respect between the players that underlies their passionate fight with each other.

“I’d say just understand the competition and it’s never personal who you’re going against unless the lines are crossed,” Booker noted.

You can also read:  Nets win first game against Bucks despite Harden injury

He added that “representing your country is a completely different dynamic than competing with each other in the NBA Finals, but I can always respect someone who competes at the highest level.”

The Dream Team said goodbye on Sunday with a victory in a friendly over world champion Spain, with a score of 83-76, the second win after beating Argentina.

The United States began a trip to Tokyo on Monday, where they will face France (July 25), Iran (July 28) and the Czech Republic (July 31) as rivals in the first round. AFP (HN)