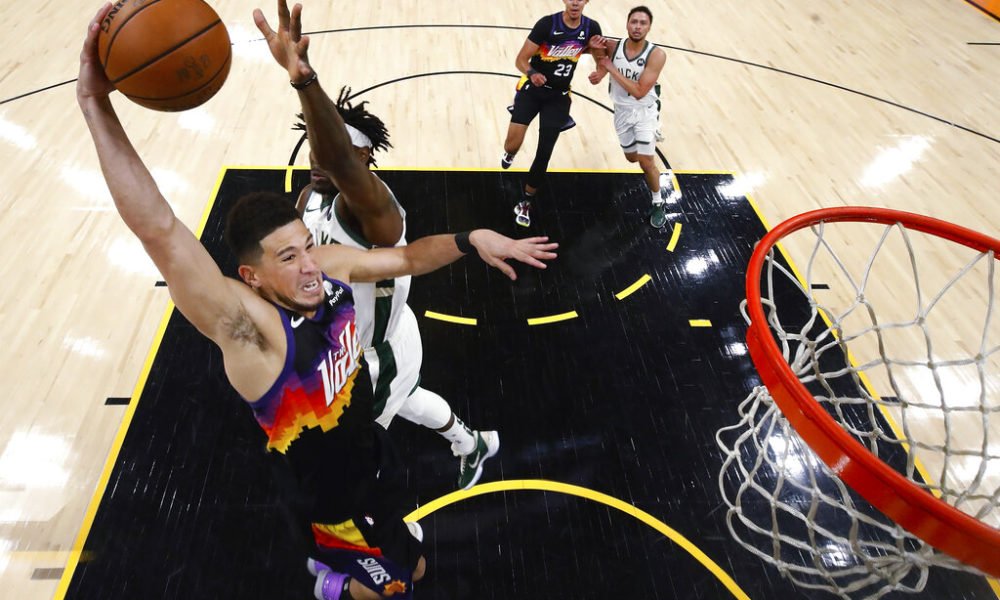 Now, the focus will be on how Phenix’s Suns guard responds.

Booker hit just 3 of 14 shots from the field on Sunday and finished with just 10 points in the Suns’ 120-100 loss to the Milwaukee Bucks in Game 3 of the NBA Finals. This performance came after Booker finished with 27 points in the first game and 31 in the second. This is the first time he has scored fewer than 15 points in 19 postseason games.

The Suns expect him to bounce back in Game 4 on Wednesday night.

“They focused on him,” Suns coach Monty Williams said. “He missed a few shots. That is going to happen ”.

You can also read:  LeBron has no intention of leaving the Cavaliers

Booker hadn’t experienced many nights like this in the postseason, his first in his six-year NBA career.

He averages 26.3 points in the playoffs and has 500 units. He enters game four just 21 points behind the record Rick Barry set 54 years ago for total points for a player in his first playoff appearance. Although Barry reached that mark in just 15 games.

Before Sunday, Booker had scored at least 22 points in five consecutive games.

Additionally, Booker hit only one of seven 3-point attempts Sunday, extending his recent erratic performance to long range. He has scored 10 of 24 3-pointers in the last four games, including a 7-of-12 performance in Game 2 of the Finals. Booker hit just 3 of 22 3-point shots in the other three games.

“I think I could do better,” Booker said of his shot selection. “So shall. The point of the game is to win and I think there were other things that happened throughout the game. You can say that it is a sport of success and error, but at the end of the day, you have to force the other team to fail and have easy opportunities for your team.

Booker acknowledged that there were not many opportunities like that on Sunday.

In the first two games of the series, Booker was able to score in different ways.

But on Sunday nothing worked.

The good news for the Suns is that Booker has performed well after struggling in the postseason.

You can also read:  Curry and Durant ask Warriors to be better in the second game

“He’s been in this situation before, as you guys remembered,” Williams told reporters after Sunday’s game. “When you get to the finals, it means that you have been in a number of situations. This is no longer something new to us. He will get over”. (AP)