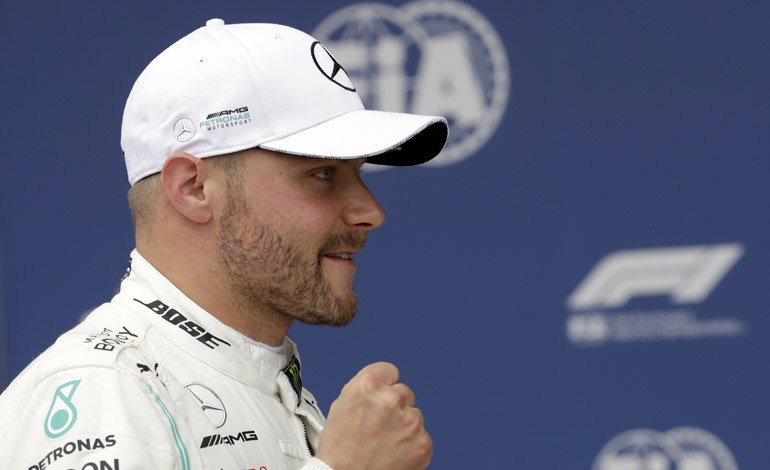 For just six milliseconds, Lewis Hamilton was in an unusual position: He will not start first in the British Grand Prix.

And Hamilton took much longer than six thousandths of a second at the press conference, when asked why “people question his British status.”

A glance at the stands at Silverstone is enough to see all the flags and banners supporting Hamilton. That would leave little doubt as to who is the favorite driver of the majority of the 100,000 spectators for Sunday’s race.

For Hamilton to win, he must regain a position. He will start second, behind Valtteri Bottas, his teammate at Mercedes.

It will be the first time since 2014 that Hamilton has not started first in the race at home.

“It wasn’t the best of the qualifying sessions,” acknowledged Hamilton. “But tomorrow’s race will be very long.”

And Hamilton will seek to win it for the sixth time, an unprecedented figure, which would confirm the excellence shown by the pilot in recent times.

Still, Hamilton has yet to shake off some negative comments.

A reporter for The Guardian newspaper told him that people question him because “he lives in Monaco and his accent is perhaps not as British as others, given that he spends a lot of time in the United States.”

“I don’t have a good answer for that,” Hamilton said. “It’s crazy, because I remember growing up and seeing Jenson Button and all the young people who came, and they all emigrated to Monaco. No one ever said anything like that. But of course, when I did it, many had a lot to say.

“It doesn’t matter how often you travel abroad… you go back to the UK, you see the countryside and this great history of Formula One and motorsports. And I see my family, who are also here and feel where my heart is. I am fully British ”.

Bottas opened the season by winning two of four races, but had not been on pole since the Spanish Grand Prix in May.

You can also read:  Niki Lauda "hit everything" to Fernando Alonso

“Again it was very good,” said Bottas. “It makes you remember why you are doing this. It was very tight all weekend and today with Lewis ”.

Hamilton holds a 31-point lead over Bottas in the championship table.

Behind the duo of Mercedes will start on Sunday Charles Leclerc, of Ferrari, in third, and Max Verstappen, of Red Bull, fourth.