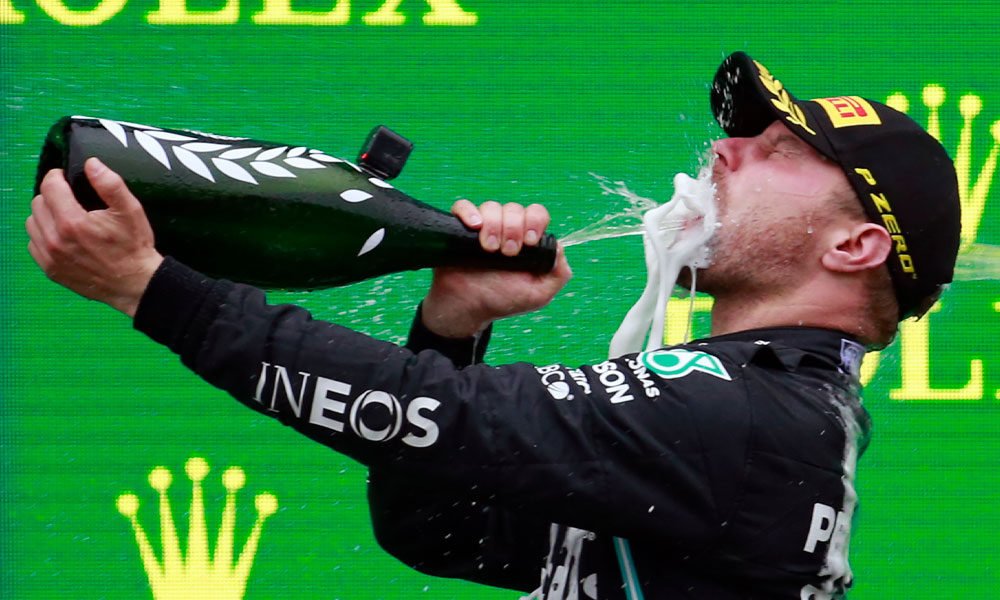 Valtteri Bottas (Mercedes) won the Formula 1 Turkish Grand Prix in Istanbul ahead of Max Verstappen (Red Bull), who regained the World Championship lead at the expense of Lewis Hamilton (Mercedes), who started 11th and finished 5th.

Mexican Sergio Pérez (Red Bull) completed the podium ahead of Charles Leclerc (Ferrari) and Hamilton. For this reason, Verstappen returns to the leadership with six units of advantage over the Briton after this 16th race (of 22 in total) of the year.

Although he started from 11th place on a penalty for an engine change beyond what was allowed on Friday, Hamilton rallied to 3rd place before falling to 5th at the end of the race on poor strategy.

It is the 10th victory, and the first this season, for Bottas, who started from pole position and starred in a race without errors. He had not won since the 2020 Russian GP.

You can also read:  Rosberg snatches lead from Hamilton in Singapore

“It’s been a long time, this feels good!” Celebrated the Finn, who will leave Mercedes for Alfa Romeo at the end of the year. “It was one of my best races, everything was under control.”

With this victory and the point for setting the fastest lap in the race, the 32-year-old Finn, Hamilton’s teammate since 2017, clinches 3rd place in the World Championship ahead of Briton Lando Norris (McLaren), 7th this Sunday.

– Hamilton’s anger –
“It was not easy to choose a strategy under these conditions,” he explained. That aspect was precisely what kept Hamilton from getting on the podium.

On a track wet from the drizzle that covered the circuit since the early hours of the day, the drivers used the intermediate tires.

With this type of compound it is not mandatory to change the sets of tires in a Grand Prix. On a drying track, Hamilton wanted to try to finish the race without going through the boxes, after Verstappen and Bottas stopped respectively on laps 37 and 38 (of 58 in total).

You can also read:  Mythical, magical and unique, Ferrari turns 70

Although he couldn’t fight for the win, Hamilton wanted to retain the podium when Mercedes finally asked him to stop seven laps to go. Bad choice: the Briton returned to the track in 5th position, could not improve it and was very angry with his team on the radio.

This course seeks at 36 what would be his eighth crown, something unprecedented, compared to Verstappen, who aspires from his side to his first wound at 23 years old.

“It has been tight all season and I am sure it will continue to be that way, it will be a beautiful battle with Mercedes until the end,” said Verstappen.

You can also read:  Valentino Rossi will undergo shoulder surgery

The Dutchman could smile while toasting with his podium mates, and especially without his great rival.

“It was not easy, the track was very greasy, the tires had to be managed and it was difficult to attack. Valtteri had too good a pace so I’m very happy to finish second, ”he explained.

Behind the top 5, Frenchman Pierre Gasly (AlphaTauri) finished 6th, closely followed by Norris. The Spanish Carlos Sainz (Ferrari), who came out last, climbed to 8th place and was voted “driver of the day” by Internet users.

Canadian Lance Stroll (Aston Martin) and Frenchman Esteban Ocon (Alpine), the only driver who did not change his wheels throughout the race, closed the top 10.

The next Grand Prix is ​​October 24 in the United States. AFP (HN)