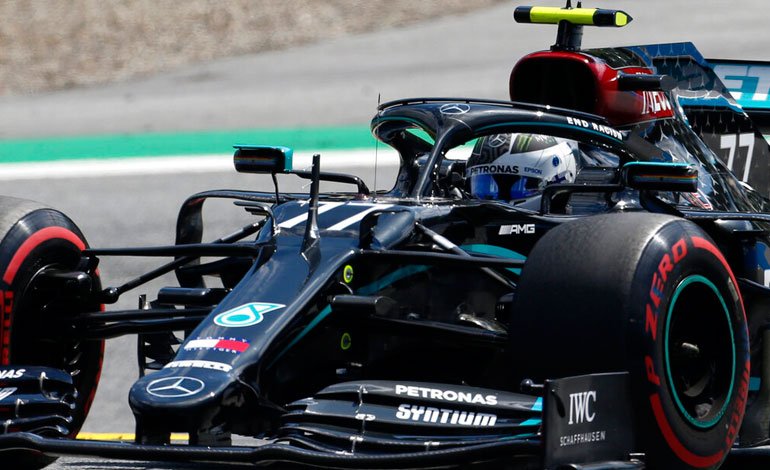 Valtteri Bottas eclipsed his Mercedes teammate Lewis Hamilton and won the pole position for the Austrian Formula One Grand Prix, which opens the campaign on Sunday.

The Finnish driver edged the world champion by .012 seconds on the Red Bull Ring track at Spielberg. He raised his fist as he got out of the car and hugged Hamilton.

“It’s something special when you push the car to the limit,” said Bottas, who is seeking his third career victory. “It’s very impressive (from the team).”

Max Verstappen’s Red Bull came third and Lando Norris was fourth, giving McLaren a boost. Verstappen has won the last two races in Austria, including in 2019, when he started third, behind Ferrari’s Ha Milton and Charles Leclerc.

You can also read:  Tanak, the fastest in a first special stage marked by rain

“It’s going to be very interesting and warmer tomorrow and hopefully that works out to us,” said Verstappen. “Today, Mercedes was on a different level, unfortunately. Last year we were also a bit out of step in qualifying, so I hope it will be better in the race. “

Bottas had the fastest time as the drivers launched into their final laps and beat his own record before heading off the track and onto the gravel.

Hamilton was looking to extend his record with his 89th pole. He was leading, but was slightly behind when Bottas won his 12th.

“Great job for Valtteri. It’s a great start to the season, “said Hamilton. “We show year after year that we are still the best team. we are open-minded, constantly learning from each other and pushing the boundaries. “

You can also read:  Williams presents aerodynamic and technological improvements

Ferrari lacked speed again, with Es Leclerc almost a second behind in seventh and Sebastian Vettel failed to even make it into third part of qualifying. Vettel will start 11th on the grid.

Vettel is leaving Ferrari after the end of the season and his future in F1 is uncertain.

Hamilton had had the best time in all three practice sessions since Friday. AP (HN)