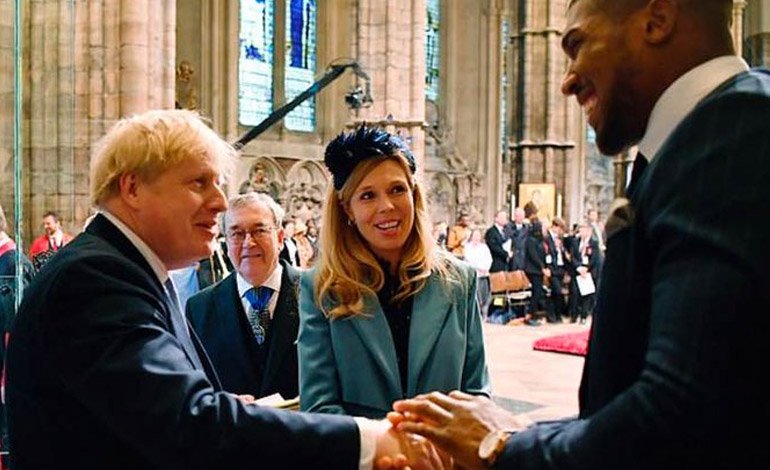 British boxer Anthony Joshua, world champion in heavyweights, is in self-isolation after learning this Wednesday that Prince Charles, heir to the throne in his country, has tested positive for the new coronavirus.

It is not clear when Prince Charles was infected, but on March 9, at the celebration of Commonwealth Day at Westminster Abbey, the eldest son of Queen Elizabeth II coincided with the monarch herself, with Prime Minister Boris Johnson and various sports and entertainment stars, including Anthony Joshua.

Prince Charles, 71, has mild symptoms of Covid-19 and is confined in the royal residence of Balmoral, in Scotland.

“AJ (Anthony Joshua) is at home following the government’s slogans. He is fit and well. He wishes all those affected a speedy recovery and thanks all the workers in key sectors, “a Joshua spokesman told the Daily Mail.

Joshua was scheduled to defend his International Federation (IBF), World Association (WBA) and World Boxing Organization (WBO) world heavyweight titles against Bulgarian Kubrat Pulev on June 20 at Tottenham Stadium in London, but the health crisis could motivate the suspension of the fight.