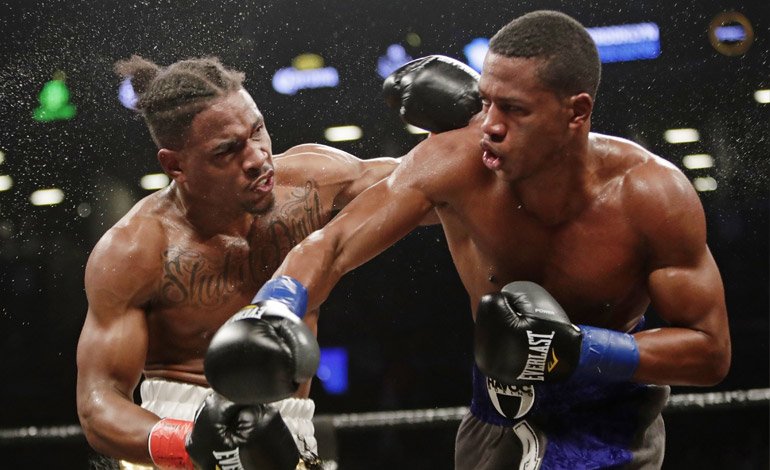 American boxer Patrick Day died after sustaining a severe brain injury during the match he lost by knockout to compatriot Charles Conwell on Saturday in Chicago, promoter Lou DiBella said in a statement.

“On behalf of Patrick’s family, team and those closest to him, we are grateful for the prayers, expressions of support and the outpouring of love for Pat that have been so evident since his injury,” DiBella said.

The 27-year-old Day had undergone emergency brain surgery Saturday night after being knocked out by Conwell in a super welterweight bout at Winstrust Arena.

The fighter was unconscious when he left the ring on a stretcher and was transferred by ambulance, where he suffered a seizure and needed a breathing tube once he arrived at the hospital.

You can also read:  They confirm fight between Miguel Cotto and Canelo Álvarez

Conwell, an Olympian in Rio de Janeiro-2016, dominated the fight, knocking Day down in the fourth and eighth rounds and then unleashing a right hand in the 10th that sent Day staggering. Seconds later, he rocked his opponent with a left hook, it fell backward and his head bounced off the ring.

Referee Celestino Ruiz suspended the fight after one minute and 46 seconds of assault. Day remained on the floor for several minutes and received medical treatment before being transferred to the hospital.

The fighter was coming off a June loss to Carlos Adames in New York. Day has a balance of 17 wins, four losses and a draw, since he made his professional debut in 2013.

You can also read:  Serrano-Torres fight, another blow by blow between Puerto Ricans and Mexicans

The fight was part of the undercard of the defense of the world light heavyweight title of the World Boxing Association (WBA) between the Russian Dmitry Bivol and the Dominican Lenin Castillo, who finally won the European.

In her statement Wednesday, Dibella said she hoped Day’s death would prompt US authorities to adopt stricter safety regulations in boxing.

“It becomes very difficult to explain or justify the dangers of boxing at a time like this,” said Dibella.

“This is not a time when edicts or pronouncements are appropriate, or when answers are readily available. However, it is a time for a call to action, ”he noted.

You can also read:  Floyd Mayweather Jr. and Manny Pacquiao face off in Miami

“Although we do not have the answers, we certainly know many of the questions, we have the means to answer them, and we have the opportunity to respond responsibly and accordingly and make boxing safer for everyone involved,” concluded the promoter.

Day is the third fighter to die in the ring this year according to an AFP tally.