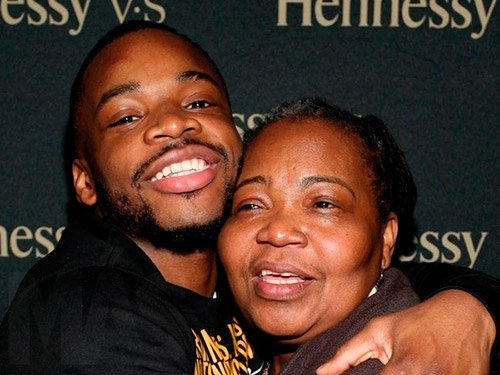 NEW YORK. Eddie Gomez is only 21 years old, but he highlights the strong desire to become the first Honduran to win a world boxing title.
“I am going to be the first world champion representing Honduras, with God always forward,” said the undefeated Bronx-born fighter whose parents left Colón for the United States more than two decades ago. Gomez knows that winning a title requires dedication and sacrifice, like those he faced to be victorious against Daquan Arnett on January 30 at the Barclays Center, in an undefeated duel that the Hispanic won by unanimous decision.
“It was a smart, strong fight. We both fought to the end, but I was the one who won, “said” Eboy “Gómez, during a party given in his honor by Hennessy VS in a Manhattan restaurant, which he enjoyed healthily with his family, his team and friends, after depriving yourself of Thanksgiving, Christmas, and New Years meals.
He even missed the birthday of his mother, Beatriz Álvarez de Gómez, whom he surprised with a “cake” during the January 31 celebration.
“I worked hard for that victory, I trained hard and came out with the victory,” added Gomez, who entered boxing following in the footsteps of his father of the same name. “
“We both worked hard, and we gave people a fight that is not going to be seen for many years,” declared Gomez (16-0, 10 KOs), who had already defeated Arnett (11-1, 7 KOs). in amateur.
Now, he’s just waiting for a call from Golden Boy to get ready again, although he indicated that he always likes to stay active to be in good physical condition.
Who would you like to fight, be it this year or in the future?

You can also read:  Boxers on prep tour

“With anyone,” he replied. “The Golden Boy telling me I have to fight.”
Meanwhile, he said that it is possible that he will go to Las Vegas for the fight between Saúl “Canelo” Álvarez and Alfredo “El Perro” Angulo, on March 8; and a week later to Puerto Rico, where Danny García, 140-pound WBA, WBC and Ring Magazine champion, will face Mexican-American Mauricio Herrera, in Bayamón.
Doña Beatriz said that she goes to all the fights of her son, the only boy, after three sisters. “This job for my son is not easy at all, it is such a hard job,” he explained.
“I’m there, it’s not so much that I like this profession, but he chose it and I have to support him.”
What is Eddie like as a son?

You can also read:  Flanagan buried Cruz's dream: to be the 1st gay boxer world champion

“We fought hard,” he replied with a laugh. “But he is a great person. It has never given me greater problems … I thank God very much, infinitely ”.
What do you like?