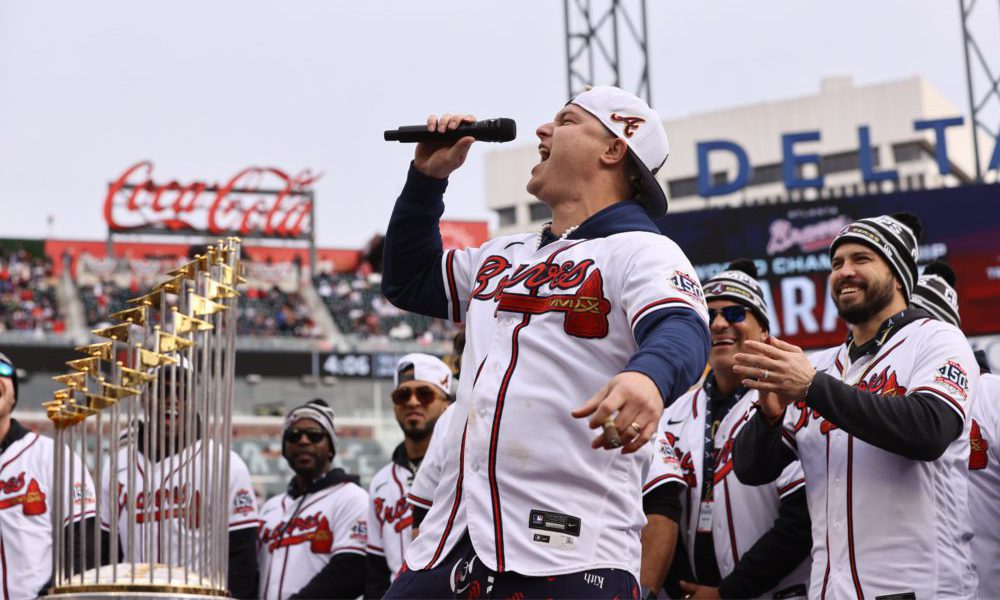 Hundreds of thousands of fans cheered the Atlanta Braves on Friday during a two-stage parade to celebrate the World Series conquest, something the team had not accomplished since 1995.

Some schools in the city closed, and students took the opportunity to attend the celebration.

No more title curse for Atlanta
“This is the funniest part of it all,” said Braves president Terry McGuirk. “On every block there were children, everywhere. I never expected to see so many little fans.

The parade began in downtown Atlanta, near the former home of the Braves, Turner Field. Then the buses, floats and vans passed a memorial to Hall of Fame member Hank Aaron at the site of the old Atlanta-Fulton County Stadium.

The caravan then headed towards Peachtree Street, flanked by numerous fans.

According to estimates by the Atlanta police, between 300,000 and 400,000 people attended the celebration, just in the downtown part of the city.

As many others would have attended the last mile of the parade, which reached Truist Park, the current home of the Braves in Cobb County, a suburb of Atlanta. The stadium was packed.

Braves title facts and numbers
Thousands of more fans filled the entertainment complex that is located in the vicinity of the stadium.

The Braves moved to Cobb County for a series of tax incentives and the ability to build a complex of restaurants, shops, apartments and entertainment venues next to the new park, which opened in 2017.

You can also read:  Yankees vs Athletics in train crash for the American League wild card

McGuirk said he came to think that “there were more than a million people.”

“This city has gone crazy, and it is wonderful to be a part of this,” he added.

The Braves clinched the title Tuesday night by crushing the Houston Astros 7-0 in Game 6.

Dansby Swanson, a native of Marietta, another Atlanta suburb, had a local perspective, speaking about the 26-year wait fans had to go through before celebrating another title.

“This city has wanted a championship for a long time,” said Swanson. “This is so incredible that the schools closed. Seeing that the children enjoy this moment and are inspired is something that cannot be compared. (MLB in Spanish)

You can also read:  Pujols: "I have gas left in the tank"