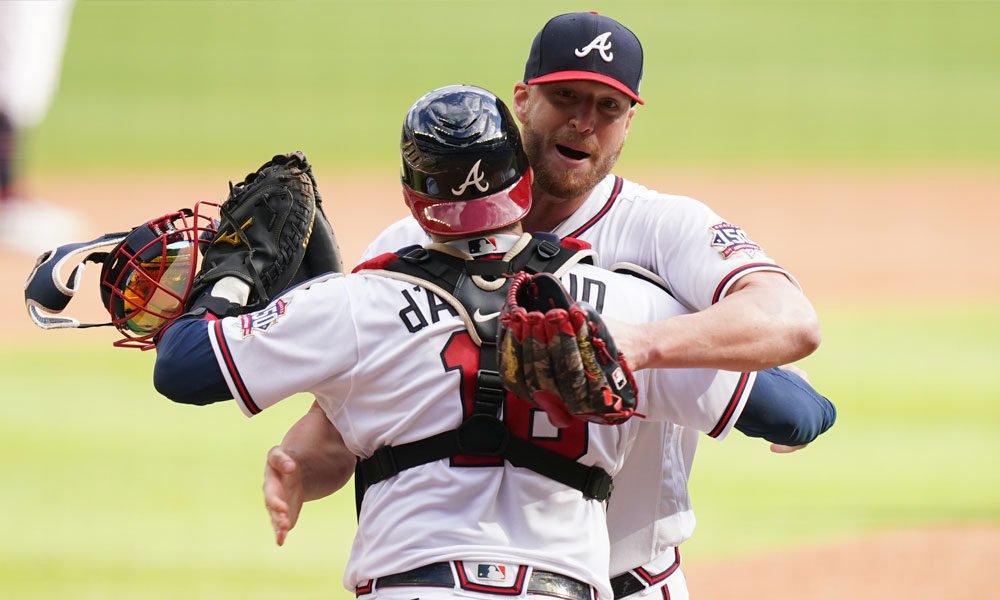 The key could be defined on Tuesday given that if they win, the local team would qualify for the ‘Old Circuit’ Championship Series before the winner of the clash between the San Francisco Giants and the Los Angeles Dodgers, which is tied at one win per side.

The game was won by starter Anderson (1-0), who worked five scoreless episodes, in which he allowed just three hits and struck out five.

You can also read:  The US fulfills its dream with a Classic title and is exhibited against Puerto Rico

The loss fell to the record-breaking reliever Adrian Houser (1-1), punished with three hits and three runs, including Pederson’s homerun.

After four straight zeroes thanks to effective pitching by local Anderson and Freddy Peralta, the Braves woke up their bats and scored three runs in the fifth for the two-man homer on Pederson’s base, their second of this stage.

The star slugger has driven in all seven runs for the Braves in this first leg of the playoffs.

You can also read:  Tigres trips Lions and Sharks defeats Navegantes in the LVBP

Pederson has hit 11 total postseason home runs and helped the Los Angeles Dodgers win the World Series last year. But he signed as a free agent with the Chicago Cubs in the winter and was traded to Atlanta in July of this year.

Anderson and the Braves’ bullpen combined to give their opponents five hits, who suffered their second consecutive shutout in these playoffs.

Closer Will Smith, the Braves’ fourth reliever, pitched a perfect ninth for his second save of the series.

If they win on Tuesday, the Braves could try to reach their second consecutive NL Championship Series.

The Brewers, the NL Central champions, have not scored in 19 straight innings since they won the first game of the series.

The other game of the afternoon, the American League Division Series between the Houston Astros and the Chicago White Sox, was postponed due to the rain forecast. The teams will be measured this Tuesday in the day they had to take to change headquarters (travel).

Mexican José Urquidy was scheduled to open for Houston on Monday against Cuban left-hander Carlos Rodón of Chicago.