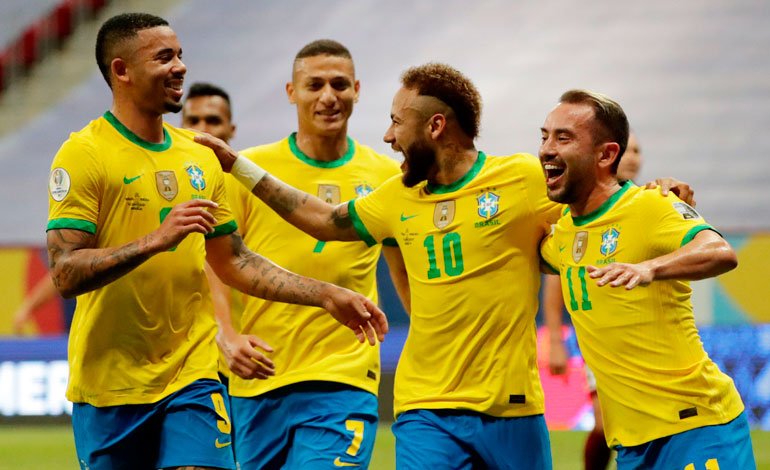 The Brazilian soccer team, at half machine, beat its similar from Venezuela 3-0 this Sunday and thus opened the Copa América 2021, a tournament that began amid controversy and with the shadow of the coronavirus pandemic, which has affected to several of the participating delegations.

The defender Marquinhos (22′), Neymar (63′) and Gabriel Barbosa “Gabigol” (88′) sentenced the easy Brazilian victory against a timid Venezuelan team that felt the changes forced at the last minute by an outbreak of coronavirus that separated eight players one day before the match.

The pupils of coach Tite imposed conditions from the opening whistle of the Uruguayan referee Esteban Ostojich at the Mané Garrincha National Stadium in the Brazilian capital.

You can also read:  Danish Martin Braithwaite successfully operated on his left knee

Richarlison, twice, and Éder Militao worried goalkeeper Joel Graterol in the first ten minutes, foreshadowing the local dominance that would remain throughout the game.

Then it was Neymar and Danilo who preceded the first goal with dangerous plays.

Marquinhos opened the scoring after 22 minutes with a shot from the left foot after a corner kick taken by Neymar, his teammate in the French Paris Saint Germain.

Brazil finished the first half with a minimal advantage, which contrasted with the clear chances they had: two goals disallowed by Richarlison and a shot on the post by Neymar.

In the second half, things did not change and Nedymar, Richarlison and Gabriel Jesús brought Brazil closer together.

You can also read:  Real Madrid thrashed in return to the Bernabéu

The third goal was converted by Gabigol in the 88th minute, after a combination of Neymar and Alex Sandro and the Flamengo striker defined with a cross shot over Graterol.

In the second hour, in Cuiabá (west), the teams from Colombia and Ecuador completed the first day of Group B, in which Peru rested.

You can also read:  French league opposes the World Cup every two years