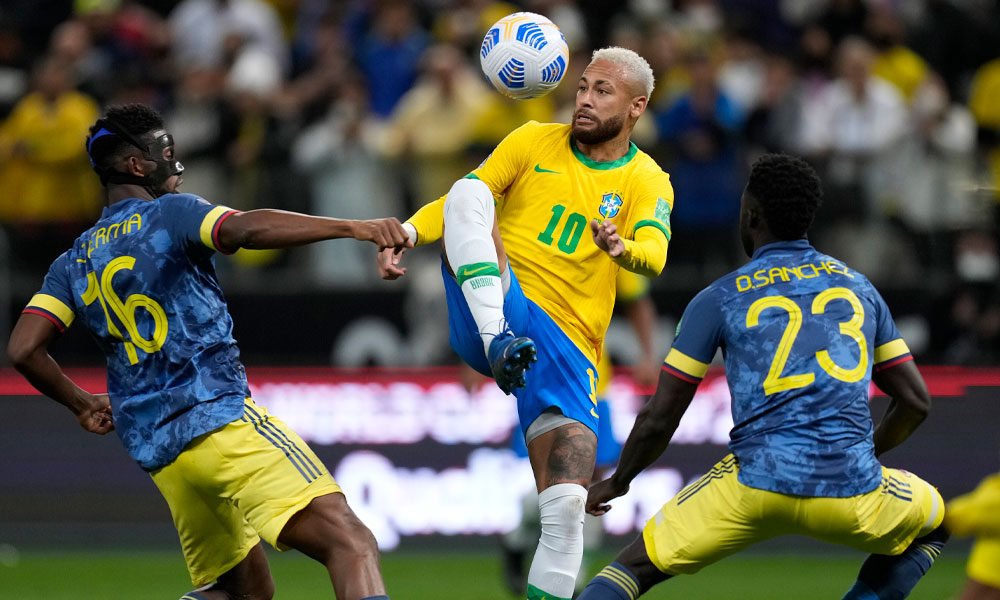 A goal by Lucas Paquetá from his regular partner, Neymar, gave Brazil the eleventh victory in twelve games of the eighteen that have the South American qualifiers for the World Cup in Qatar, this time 1-0 over Colombia, which fell to fifth place of the classification.

Lucas Paquetá’s sixth goal in 27 games with Brazil, the third he scored with the assistance of ten Neymar, unbalanced a game at the Corinthians Arena in Sao Paulo that seemed to go 0-0, as the match played by both teams ended on October 10 in Barranquilla.

In the first half, closed and rough, which left three reprimands in Colombia and one in Brazil, the locals intimidated with a shot to the post from Danilo and a header from Marquinhos.

The coffee team, which completed four games without scoring goals, tried in the first stage with two separate shots from a distance by Duván Zapata and Luis Díaz who whistled over Alisson’s sticks.

Brazil, with its guaranteed presence in Qatar, reached 34 points in 12 games played, as the first leg of the superclassic with Argentina is pending.

This performance is equivalent to 62.9 percent of the total of 54 points put into play in the South American league played by ten countries.

Colombia was parked with 16 units in thirteen starts and fell from fourth to fifth place, which gives the right to play a repechage.

You can also read:  Luis Fernando Suárez: «I am used to pressure and shouts against»

On the fourteenth day, Brazil will visit its first guard, Argentina, on Tuesday; and Colombia will receive Paraguay in Barranquilla. EFE (HN)