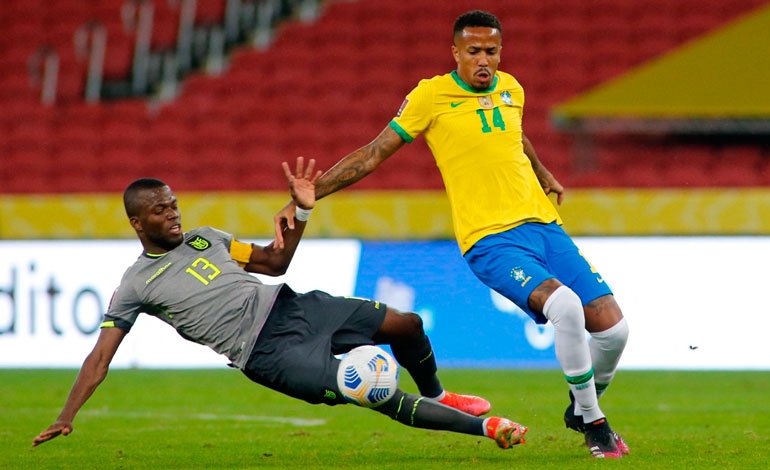 Increasingly comfortable at the top of the South American pre-world championship, although far from the ‘beautiful game’, Brazil is firmly on the way to the Qatar-2022 World Cup. Not even a week of lightning and flash off the pitch stopped Tite’s ‘Seleçao’ against a combative Ecuador.

A complaint against Neymar for sexual assault, the surprising designation of Brazil as the host of the Copa América, annoyance of the players with the president of the Brazilian Football Confederation, a signal against the boss of the entity for moral and sexual harassment, and rumors about the continuity of Tite.

With such a list of revelations, occurring in eight days, it would have been logical for any team to stumble on the field. But not the five-time world champions, who on Friday in Porto Alegre, against the tough Ecuador, whom they beat 2-0, showed tremendous capacity for isolation.

“My adversities are very small in relation to that of a series of people who may face health problems, food problems,” Tite said, quoting former US President Barack Obama. “My problems are simpler. pressures? normal. We are going to work,” he added after the game.

You can also read:  Barça will share its preseason between Germany, Israel and Barcelona

Although they suffered more than expected against a very orderly and defensive Tricolor, Neymar gave them the key, with a clearance and his 65th goal from ‘verdeamarelo’, to reach a perfect score in five games, extend the undefeated in the pre-world cup to 22 dates (17 wins, 5 draws) and increase the advantage against the second, Messi’s Argentina (11 points).

The PSG star closed the week with a smile, convulsed for him since May 27 by a complaint by an employee of the Nike firm for an alleged sexual assault, which the ’10’ denies.

The string of 22 games without losing shows the superiority of the ‘Canarinha’ in South America. The last setback in the qualifier was on October 8, 2015 against Chile (2-0) in Santiago, under the technical direction of Dunga.

Tite took over in June 2016 after the disappointing Copa América Centenario in the United States. Since landing, the “Canarinha” reached the quarterfinals in Russia-2018, won the Copa América in Brazil-2019 and did not lose in the pre-world championship.

You can also read:  Deschamps: One point is not what we expected

Despite the support of the numbers, its continuity began to be questioned, according to local media, in the midst of an alleged confrontation between the players and the president of the CBF, Rogerio Caboclo.

The soccer players would have told Caboclo their annoyance at learning through the media of the officialization of Brazil, on Monday, as the venue for the Copa América instead of Argentina and Colombia.

The players would have asked not to play the tournament. The technical commission would have supported them, angering the manager, weakened after being denounced on Friday by a CBF official for sexual and moral harassment.

“I am going to express myself at an important moment. Not now,” said Tite, who promises to demonstrate after the game against Paraguay on Tuesday in Asunción.

You can also read:  PSG suffered on their visit to Leipzig

The players have closed ranks around their coach. After scoring the first goal against the Ecuadorians, Richarlison ran to the bench to wrap himself in a big hug with the coach. His companions followed him.

“All together,” the England Everton attacker later wrote on Twitter, in a message that he accompanied with photos where they are seen celebrating with Tite.

Captain Casemiro also gave a message of unity, pointing to the designation of Brazil, heavily affected by the pandemic, as host of the Cup.

“Everyone knows what our position is on the Copa América in Brazil. Clearer, impossible (…) They are all the players, with Tite and the technical commission. All together, “said the Real Madrid midfielder.

The example of what happened with Ecuador can instruct Paraguay, in case the red and whites believe they can take advantage of the turbulence in the sky of the ‘Seleçao’, convulsed outside the field, but just as successful inside it. AFP. (JL).