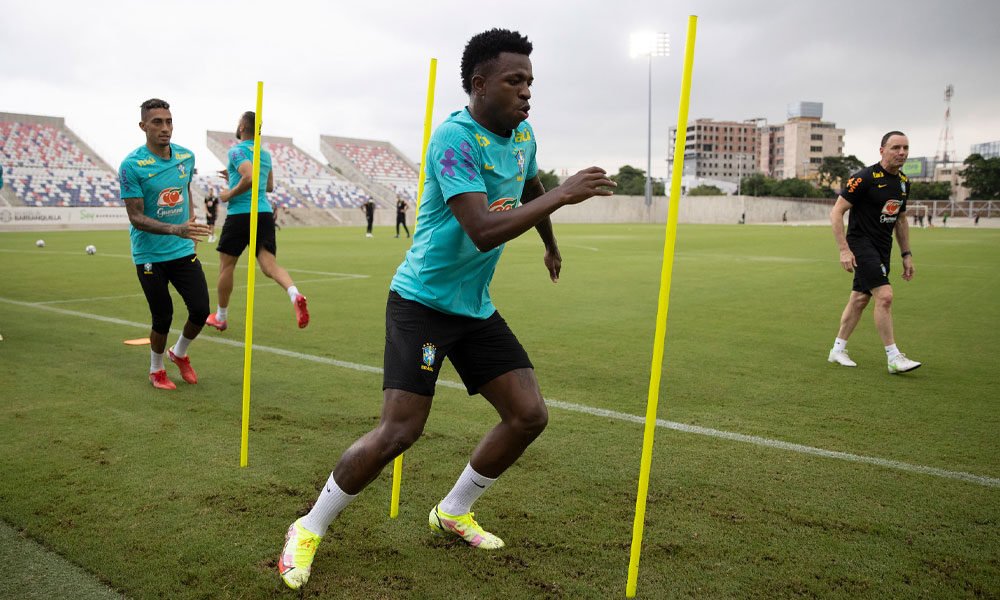 The Brazilian soccer coach, Adenor Leonardo Bachi «Tite», called up forward Vinicius Jr. (Real Madrid / ESP) for the matches against Colombia and Argentina for the qualifying rounds of the Qatar 2022 World Cup, in the place of the injured Roberto Firmino (Liverpool / ING).

The call for the extreme youth, which is gaining more importance every day at Real Madrid, was announced in a statement by the Brazilian Football Confederation (CBF), in which it was reported that Roberto Firmino had been dismissed after the muscle injury in the posterior region of the left leg that he suffered in his last game with Liverpool.

You can also read:  Bale brings Wales closer to play-off

According to the CBF, the doctor of the Brazilian team, Rodrigo Lasmar, received the information on Thursday from the Liverpool medical department that Firmino’s injury prevents him from participating in training and Canarinha matches in the coming weeks.

The substitution makes Vinicius Jr. one of the six forwards available to Tite for the games on November 11 in Sao Paulo, against Colombia, and on November 16 in San Juan, against Argentina.

The absence of “Vini” in the squad list disclosed by Tite last week was surprising because the winger has been gaining more prominence and minutes at Real Madrid every day, with goals and assists, and has become one of the main stars of the Spanish team.

You can also read:  Guadalajara achieves dramatic triumph over Necaxa in Liga MX

The coach said then that the youth was still in his sights but that he had to exclude him because he could only call six forwards and the also youths Raphinha, Antony and Matheus Cunha had had outstanding performances in recent games with Brazil.

Brazil is the isolated leader of the South American qualifying rounds after 10 wins and 1 draw in 11 games, with which it has 31 points out of 33 possible and a 6-point lead over its immediate guard (Argentina).

Canarinha only need a victory in the six games that remain to guarantee their place in Qatar 2022, so if they beat Colombia at home, they will have their ticket to the World Cup. EFE (HN)

You can also read:  Griezmann: Hopefully I can reach 100 more games