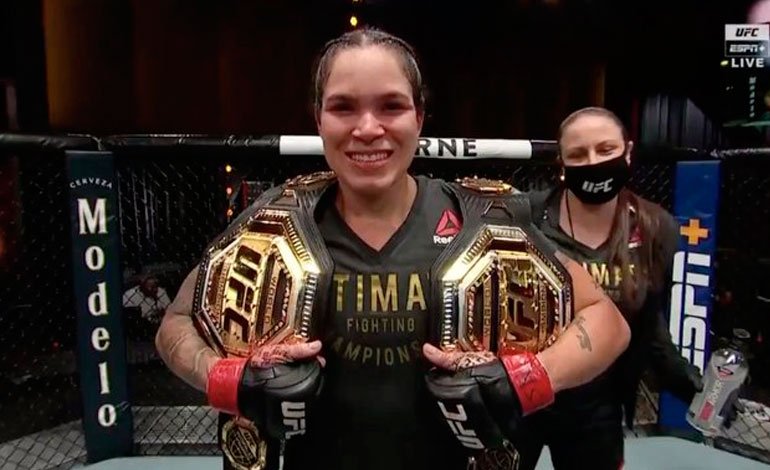 Nunes, who established dominating conditions from the start of the fight by constantly punishing Spencer, extended his streak to 11 consecutive wins.

You can also read:  Félix Verdejo and Oscar Bravo will fight this Saturday

In bantamweight, local Cody Garbrandt (12-3) defeated Raphael Assuncao (27-8) by knockout in the second round.

Garbrandt scored his first win in more than two years thanks to a spectacular second-round knockout, a powerful forehand shot to Assuncao’s chin.

In the first preliminaries, the Brazilian Herbert Burns (11-2) submitted in the same first assault by strangulation the American Evan Dunham (18-9).

Then, in the heavyweights, the American Devin Clark (12-4) took the unbeaten one to his compatriot Alonzo Menifield (9-1) by decision divided in three rounds.

The UFC has been the cutting-edge combat sport in the era of the coronavirus, having four events in the month of May and six overall with the last two in Las Vegas, after a two-month hiatus due to the pandemic. AFP (HN)

You can also read:  Pacquiao like Mayweather talks about retirement, but does not say goodbye