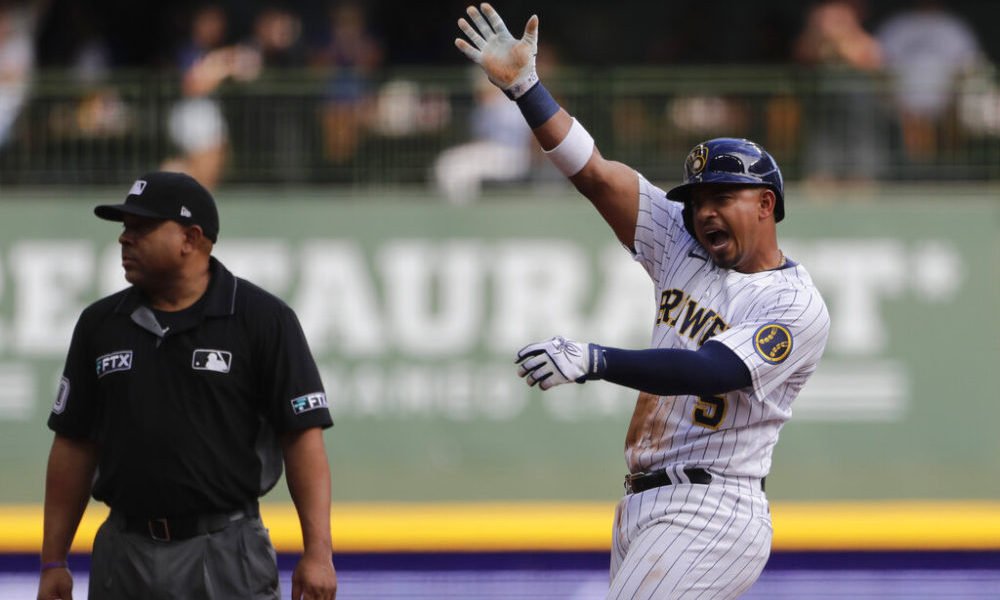 Josh Hader pitched a perfect ninth inning, dropping Brandon Nimmo with a fly ball to left fielder Christian Yelich that sparked the Brewers’ celebration on the diamond in front of 43,430 cheering fans.

Milwaukee completed a three-game series sweep and handed the Mets their 10th loss in 11 games.

A day after New York was eliminated from a postseason chance in its first season under new owner Steven Cohen, the Mets (73-82) made three mistakes and claimed a losing record for the fourth season in five years.

You can also read:  Donaldson enforces his contract and hits two home runs

Peralta entered the game with a rival batting average of .162 and is heading to finish the season with the best since 1920. (AP)