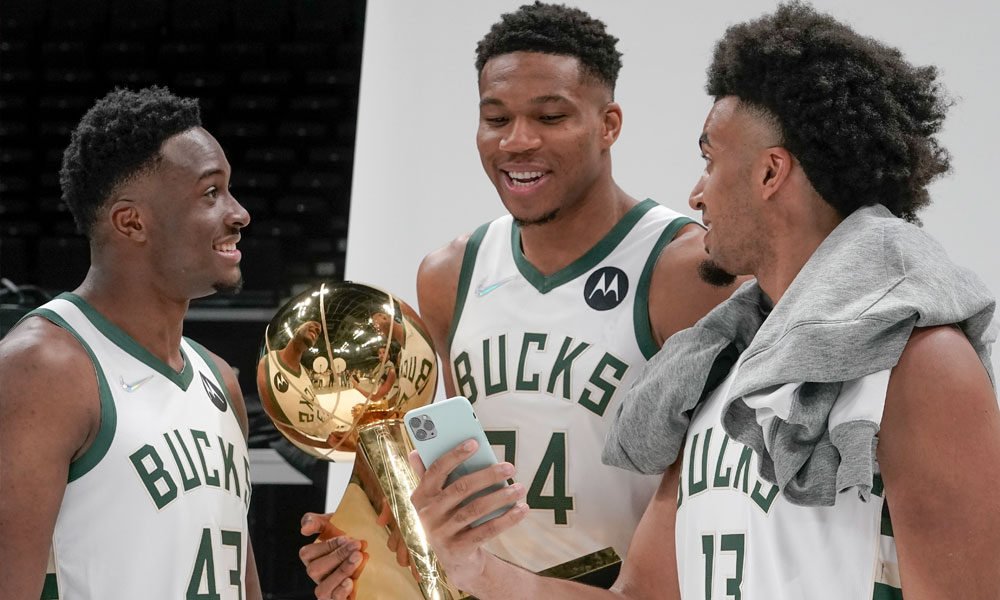 The Milwaukee Bucks didn’t have long to celebrate their first NBA championship in 50 years.

Just three months after Giannis Antetokounmpo’s 50-point performance to clinch the title by beating the Phoenix Suns in Game 6 of the Finals, the Bucks will raise the championship banner and open the campaign on October 19.

The vacation was particularly short for Khris Middleton and Jrue Holiday, who set out for Tokyo shortly after the champion’s parade and won the gold medal with Team USA.

“It was crazy,” Holiday admitted.

They had little time to go home and rest before beginning the process of trying to repeat the title. They recognize that they need to maintain the same tenacity that led them to win the first franchise title since 1971.

The Bucks will start the season against the Brooklyn Nets, who would have eliminated them in the second round of the playoffs if Kevin Durant’s foot hadn’t slipped on the line of three while attempting a pitch in the seventh game.

“It’s a challenge,” Middleton said. “I think we need to find a way to stay hungry, not be satisfied with what we achieved last year and find a way to repeat.”

On their way to the title, the Bucks got the boost from their past playoff failures. The Bucks no longer have that incentive, but say they will stay just as motivated.

“The teams are going to want to beat us,” Antetokounmpo said. “But we also have that hunter mentality.”

Milwaukee returns with most of the key players from last season, although PJ Tucker went to the Miami Heat and Bryn Forbes returned to the San Antonio Spurs. They added Grayson Allen, Semi Ojeleye and George Hill to the bench.

Its depth will be put to the test.

The Bucks may need to monitor their best players early in the season because they had little rest in the shortened preseason.

Antetokounmpo, who hyperextended his left knee in the Eastern Conference title series against Atlanta, says he feels good but will be careful this season. The Bucks also need to make sure Holiday and Middleton don’t overwork after a busy summer.

“They usually know how to examine you,” Holiday acknowledged. “Not only that, they are good at taking care of you and dosing you.”

Milwaukee hopes that being cautious early will lead to another memorable finish.