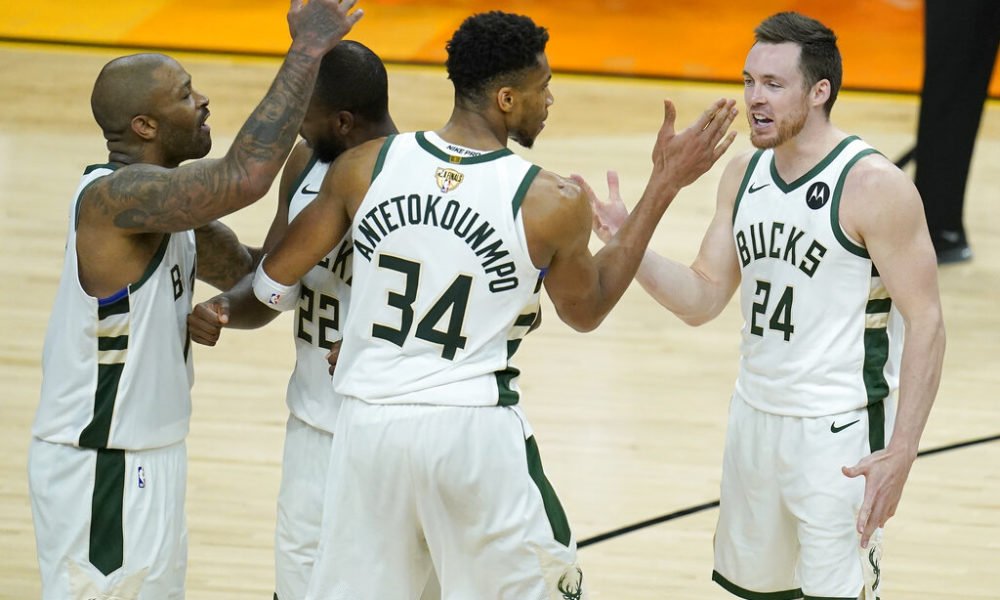 Greece’s Giannis Antetokounmpo scored 32 points, Jrue Holiday added 27 and Khris Midleton 29 on Saturday to propel the Milwaukee Bucks in a 123-119 win over the Phoenix Suns, putting the team within a win of its first NBA title since 1971. .

The Bucks took a 3-2 best-of-seven lead in the NBA Finals and will play Game 6 on Tuesday in Milwaukee.

A seventh game, if necessary, would be played Thursday in Phoenix. (AFP)

You can also read:  Harden and Westbrook impose their law on the NBA