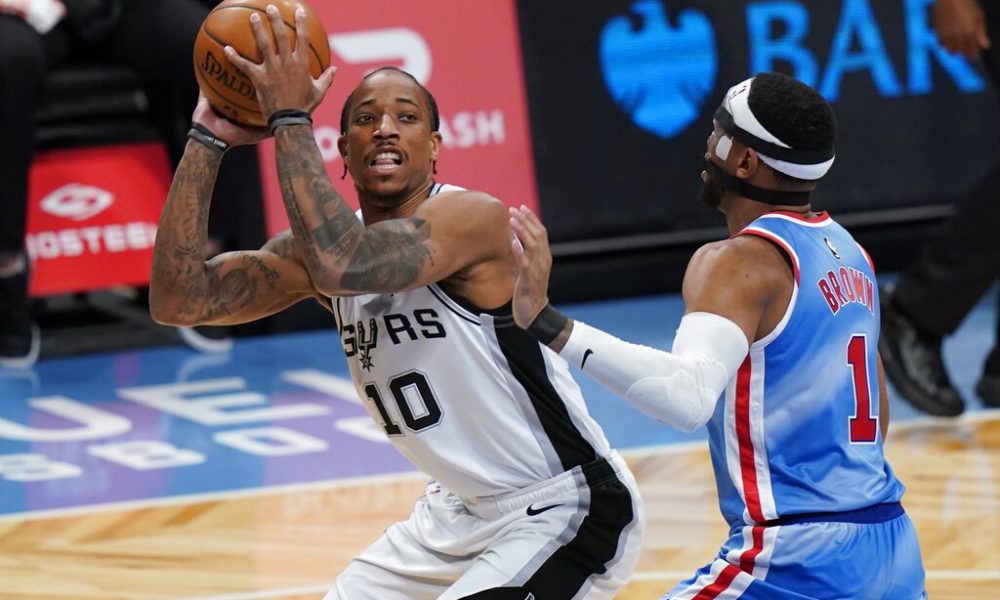 A four-time All-Star pick, DeRozan posted an animated video featuring the Alan Parsons Project song “Sirius,” commonly used by the Bulls to introduce players before games. The video shows a herd of bulls running through the streets of Chicago, alongside iconic sites like the Art Institute, L Tracks, the Chicago Theater and the Michael Jordan statue at the United Center.

DeRozan has averaged more than 20 points in each of his last eight seasons with Toronto and San Antonio. He averaged 21.6 points per game the previous season and made just under 50% of his field goals. But San Antonio missed its second consecutive postseason after participating 22 years in a row, an NBA record.

DeRozan, who turned 32 on Saturday, will form a shooting trio with Olympic medalist Zach LaVine and star center Nikola Jokic, as well as newcomer Lonzo Ball leading the improved offense following the signing and trade with New Orleans.

The Bulls are looking to improve in the Eastern Conference after missing the playoffs for the fourth year in a row. They finished 11th in the East at 31-41 — two games behind Charlotte, who claimed the last berth in the mini-playoff qualifying tournament. (AP)

You can also read:  Pau Gasol will play for Barça in the ACB League