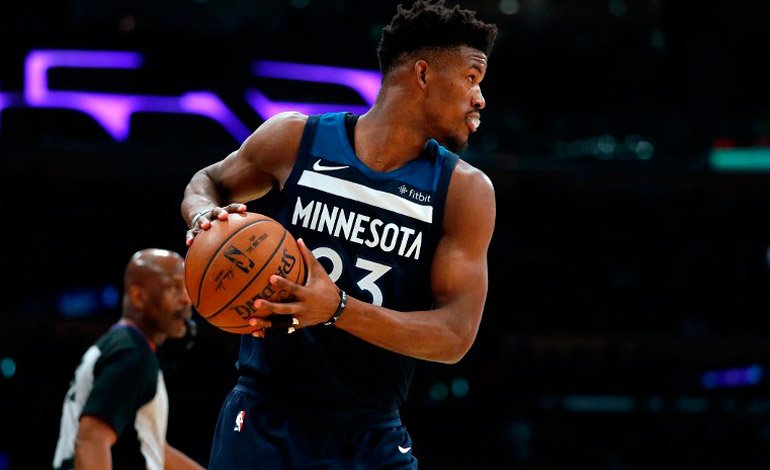 The guard Jimmy Butler and the Dominican American center Karl-Anthony Towns combined as leaders of the winning attack of the Minnesota Timberwolves, who beat the Los Angeles Lakers 104-121 at home in the game that closed the traditional day festive Christmas Day of the NBA.

Butler had 23 points as the leading scorer, while Towns had a double-double of 21 points and 10 rebounds that also added to the victory, the first for the Timberwolves in a Christmas Day game.

Power forward Taj Gibson stood out in the inside game by scoring 23 points, after scoring 11 of 13 shots from the field, and also grabbing nine rebounds, which allowed the Timberwolves (21-13) to win the fourth consecutive game.

You can also read:  VIDEO.- Cavaliers player suffers concussion in the NBA final

The reserve guard Jamal Crawford responded with 19 points that left him as the sixth player and another key scorer in the offense of the Timberwolves, who consolidate their leadership in the Northwest Division.

Rookie power forward Kyle Kuzma added 31 points, which left him the leader of the attack for the Lakers, who lost the third consecutive game and the sixth of seven.

Along with Kuzma, point guard Jordan Clarkson, in the absence of rookie Lonzo Ball, injured in his right shoulder and out for at least a week or two, had 17 points, seven assists and six rebounds as a starter for the Lakers.

You can also read:  The Lakers add another frustrating loss

Another tall man, power forward Julius Randle, had 16 points and seven rebounds that did not prevent the defeat of the Lakers (11-21), which keeps them from being in the fight for the top eight places in the Western Conference.

In addition, they lost the opportunity to tie the New York Knicks as the teams with the most wins on the traditional day of Christmas Day (22-22).

The Lakers also played on Christmas Day for the thirteenth consecutive season. EFE