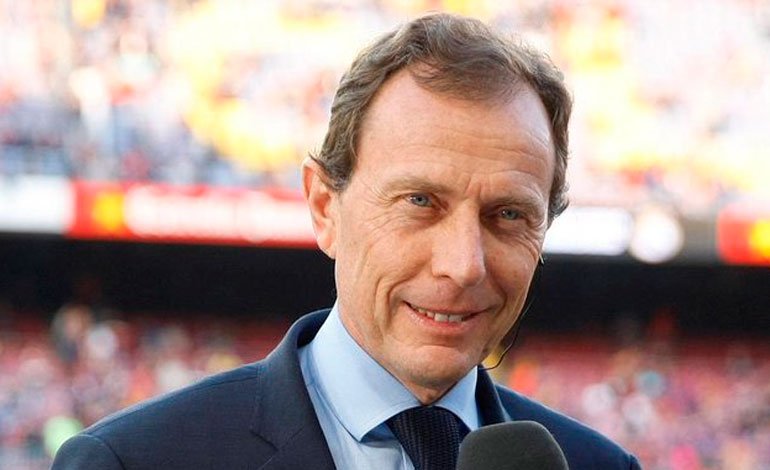 Emilio Butragueño, director of institutional relations at Real Madrid, was upset with the arbitration of Medié Jiménez, with key decisions in two plays, the expulsion of Militao who assured that “with yellow was enough” and the penalty of Vinicius, who defended that a take shows that it is out of the area.

Real Madrid left criticism of the arbitration through Emilio Butragueño after “a game conditioned by the expulsion play”, which he defended was yellow instead of red.

«If we analyze the play, the control carried out by the forward does not take him towards the goal, it goes to the left and Odriozola approached. According to the regulations it has to be a clear chance of scoring. It would have been in case of going towards the goal but being to the left I have doubts. With yellow it was enough “, defended in Movistar +.

You can also read:  Always Ready is crowned champion for the first time in the Bolivian soccer league

He was also surprised by the action of the penalty from Vinicius to Clerc. «Because of how the play was made, the decision was made, the referee whistles out and from the VAR they communicate something different and give him a penalty. The players ask him to go see the play because there is a shot that we understand that the contact is outside the area. We are struck by the fact that the referee does not want to go see the play. It is the most striking part of that process because the play could invite that, depending on the shot, it could be outside. It was striking.

You can also read:  Kroos and Odriozola, Zidane's problems increase

In his analysis of the match, Butragueño regretted that Real Madrid played the entire match outnumbered and highlighted the effort of his players. “It is very difficult at this level to play the whole game with one less man. We got ahead and the team made a great effort. Their first goal was very difficult to execute, it hurt us, and the second half the team tried but they took advantage of a corner play. It was a shame, it was a very bad result.

He ended up promising to fight until the end of the League to be able to fight for the title that is moving away. «We always want to win, the players first, when we don’t win obviously nobody is happy. Madridismo either, it is very demanding, we are, the boys do what they can and the results are sometimes not what we expect. There is much left, we have to keep fighting, be united, they are professionals and we have to move on ». EFE (HN).

You can also read:  The pope says that Maradona was a poet in the country but a fragile man