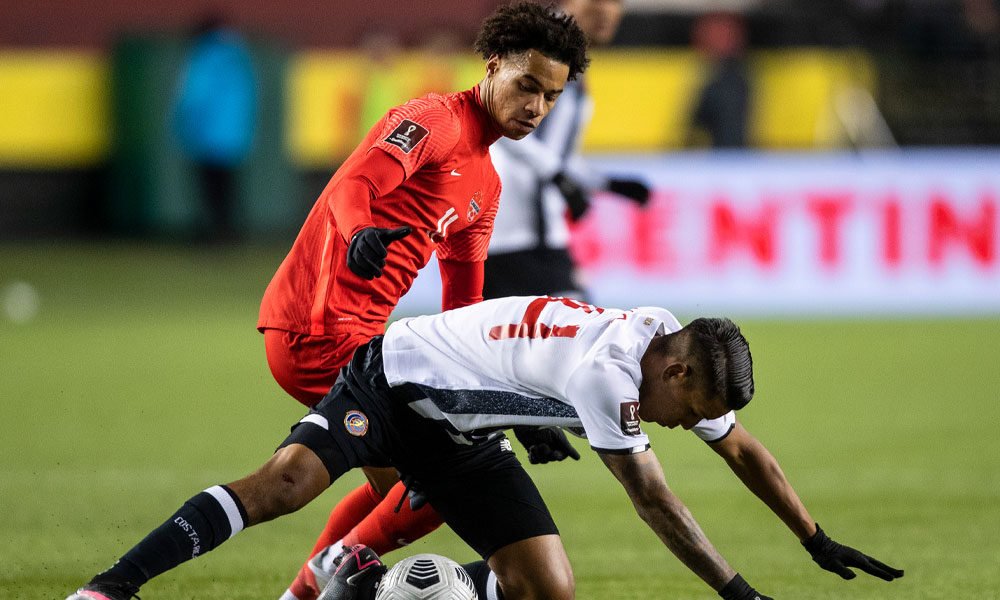 An error by goalkeeper Leonel Moreira in an outing gave Canada a 1-0 victory over Costa Rica this Friday, which left the Central American team far from the qualifying zone for the Qatar 2022 World Cup, after the seventh day of the octagonal final of the Concacaf.

It was the 57th minute when in a center to the area that seemed routine, goalkeeper Leonel Moreira released the ball and left it served for Jonathan David to score the only goal of the commitment to bring Canada closer and closer to the World Cup.

With this result, Canada rose to 13 points and left Costa Rica with only 6 in the fifth position, 7 of the Canadians who are third, and 5 from Panama that is fourth and that at this moment is in the position that will access a play-off.

You can also read:  Concacaf confirms the date of the Champions League final

The first half was intense and full of friction between the players, with a Costa Rican team standing well on defense and managing to annul the fast Alphonso Davies and Taj Buchanan, the main Canadian offensive weapons.

A header on his own goal by Costa Rican defender Francisco Calvo was about to become the first goal of the engagement, but the ball crashed horizontally.

With the draw at zero, Canada came out determined in the second half to stay with the victory and began to squeeze a Costa Rica that little by little was running out of physical arrests in the cold of the city of Edmonton.

You can also read:  The exchanges that Barcelona would seek in the Premier League for Philippe Coutinho

The horizontal avoided a goal from Buchanan in a Chilean acrobatic play, but a couple of minutes later, at 57, Jonathan David scored the winning goal by taking advantage of a ball released by goalkeeper Leonel Moreira.

After the error, the Costa Rican goalkeeper saved his team from the second with a save to pure reflexes against a header from Vitoria and then did it again before a deflection from his own teammate Yeltin Tejeda.

The last 15 minutes Costa Rica pushed with more heart than good football in search of an equalizer with balls to the area that never disturbed the solid Canadian defense.

You can also read:  Inter inflicts first defeat on Napoli and reopens Serie A

Referee: The American Ismail Elfath. He admonished Canadians Laryea and Vitoria; and the Costa Rican Blanco and Bennette.

Incidents: Match of the seventh day of the octagonal final of Concacaf towards the World Cup in Qatar 2022, played at the Commonwealth stadium in the city of Edmonton, in front of some 20,000 fans. EFE (HN)