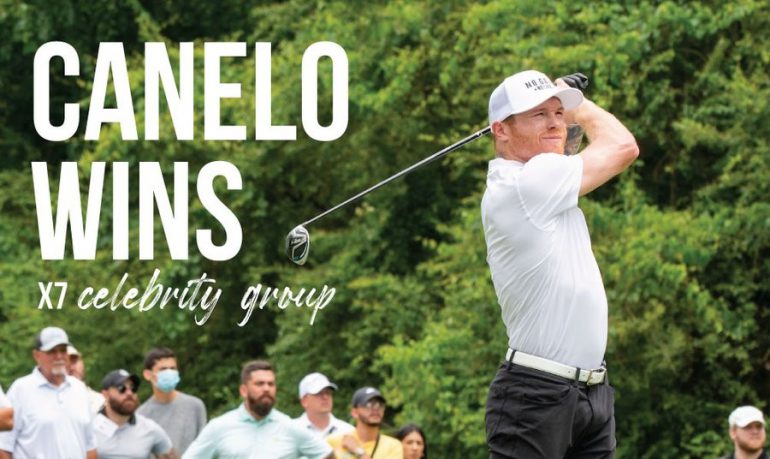 The Mexican Saúl ‘Canelo’ Álvarez added another achievement in his sports career, although this time he did it outside the box by winning the BMW Charity Pro-AM professional tournament.
The champion in four different divisions prevailed in the X7 celebrity category, in South Carolina, in the professional tournament that is part of the Korn Ferry Tour, the promotion tour that belongs to the PGA Tour.
Canelo Álvarez defeated celebrities like The Entertainer (comedian); Roger Clemens (MLB); Jay DeMarcus (musician, Rascal Flatts); Joe Don Rooney (musician, Rascal Flatts); Scotty McCreery (musician); Troy Mullins (pilot); Jason Scheff (musician); Lauren Thompson (television personality); Justin Wheelon (actor) and James Wisniewski (NHL).
The multi-time boxing champion from Guadalajara thanked his fans for their support, but was blunt in stating that he will seek to win more tournaments.
«I want to thank everyone who accompanied me in the field. We are going to work harder to win more tournaments, ”he wrote on his Instagram account.
Canelo was invited by the organizers, who announced that this tournament will be held June 10-13 at the Thornblade Club and Cliffs Valley. This year marks the contest’s twentieth year of play. (GG) (ESPN)

You can also read:  Jeff Horn to put his WBO title on the line