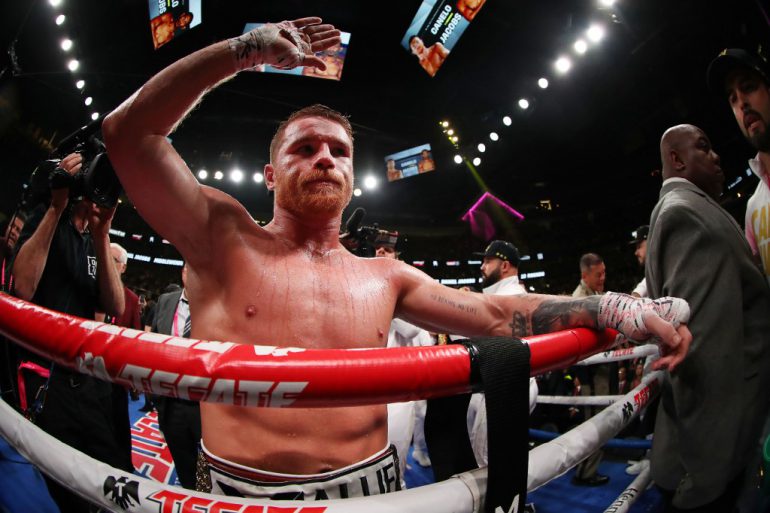 The four-time world champion Saúl ‘Canelo’ Álvarez (54-1-2, 36 Ko’s) made his return to the ring official for next February 27 to make the mandatory defense of the World Boxing Council Super middleweight championship against the mandatory challenger Avni Yildirim (21-2, 12 Ko’s), a 28-year-old Turk who came very close to wearing this same crown in his most recent fight, when he fell controversially to Anthony Dirrell.

The headquarters of the fight, despite the intentions of ‘Canelo’ Álvarez and his manager and coach, Eddy Reynoso, to do so in Mexican territory, will finally be in a building on US soil.

It was thought that it would be Dallas, San Antonio or Houston in Texas, but the Hard Rock Stadium Miami, Florida appeared, as the confirmed venue.

You can also read:  Maravilla would define his future against Cotto

It will be the first of three or four battles planned by ‘Canelo’ Álvarez and his team for this 2021, after having become free agents in the last quarter of 2020.

For the weekend of May 5 is planned, as long as there is no setback against Yildirim, a new battle for Saúl, tentatively against Billy Joe Saunders.

‘Canelo’, who was recognized as the boxer of the year 2020 by the World Boxing Association and the World Boxing Council, comes from defeating with authority on December 19 the British Callum Smith, whom he removed undefeated by way of of the unanimous decision before 11,500 fans at the Alamodome in San Antonio, Texas.

You can also read:  McGregor: wants to fight "Canelo" Álvarez

Who is Avni Yildirim, Saúl ‘Canelo’ Álvarez’s next rival?

This will be the eighteenth championship fight for the Mexican fighter, who in 2019 became the fourth tricolor fighter to have won world titles in four different categories, alongside characters such as Érik ‘Terrible’ Morales, Juan Manuel ‘Dinamita’ Márquez and Jorge ‘Naughty’ Arce. Later, Leo ‘El Famoso Terremoto’ Santa Cruz was added to the select list.

Yildirim will hold his second championship fight after a controversial loss to Anthony Dirrell in February 2019 for the vacant WBC super middleweight belt.

The Turk since then has not stepped into the ring awaiting the opportunity. In another high-caliber battle for the Turk, against Chris Eubank for the International Boxing Organization championship, he was knocked out in three rounds. (GG) (ESPNDEPORTES)

You can also read:  Mayweather-Pacquiao fight in danger