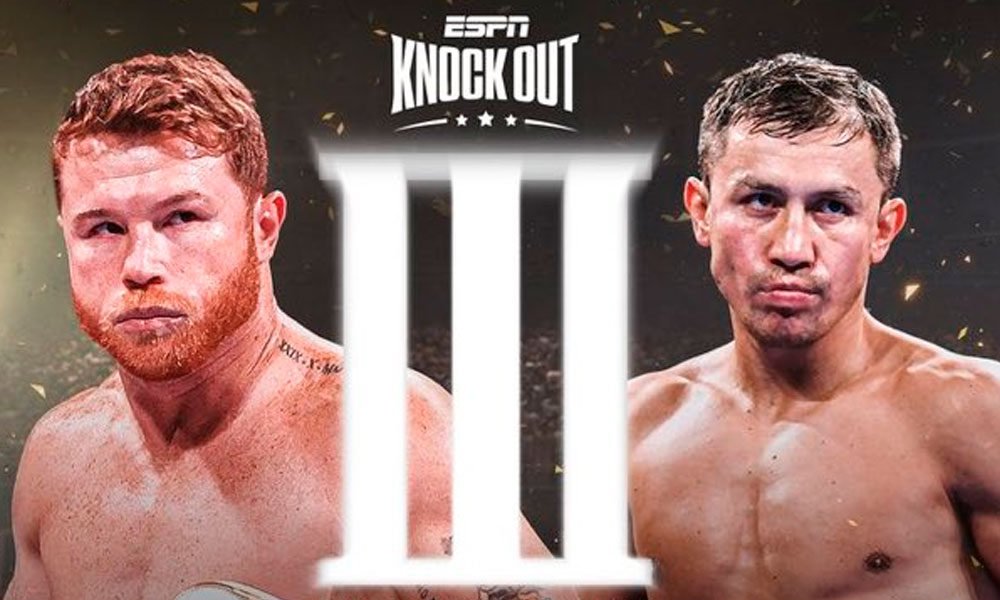 Mexican boxer Saúl ‘Canelo Álvarez, undisputed super middleweight champion, confirmed on his social networks on Tuesday that he will face Kazakh Gennady Golovkin for the third time, before whom he will expose the 168-pound belts.

The fight will be on September 17 at a venue to be confirmed and the super middleweight titles of the World Boxing Organization (WBO), the International Boxing Federation (IBF), the World Boxing Council (WBC) and the Association will be at stake. World Boxing (WBA).

“I am very happy to bring you the best fights and this will be no exception. It’s time to finish what we started and defend our #CaneloGGG3 titles this September 17th. Venue to be confirmed », Álvarez posted on his Instagram account.

‘Canelo’, who for falling in May against the Russian Dmitry Bivol lost the status of the best pound-for-pound boxer at the moment, announced the fight against Golovkin one day after a press conference in which he stated that the trilogy against the Kazakh was a posibility.

“These are the two biggest fights in boxing right now, the fight with Golovkin and the rematch with Bivol, who we unfortunately lost to, but that doesn’t mean I won’t try again. I am a very persevering person,” explained the 31-year-old fighter before the start of his first golf tournament, “No golf no life.”

The boxer from Jalisco, a state located in western Mexico, fought Golovkin for the first time on September 16, 2017, a duel that ended in a draw.

You can also read:  What if McGregor made an illegal punch in the Mayweather fight?

In that first fight, Golovkin proved to be a problem for Álvarez, who had seven wins in a row, so the fans caused a second half on September 15, 2018 that “Canelo” won by majority decision.

With that victory, Saúl Álvarez snatched the WBA and WBC middleweight titles from him, so now the 40-year-old Kazakh will try to get revenge against one of the biggest rivals of his career.

Canelo comes into the matchup with Golovkin with a record of 57 wins, 39 by way of knockout, two losses and a couple of draws. The Kazakh has a record of 42 wins, 37 on the fast track, one loss and one draw.

After the fight, Alvarez will likely seek a rematch with Bivol in a matchup that could be at super middleweight or light heavyweight, like his loss in May. EFE