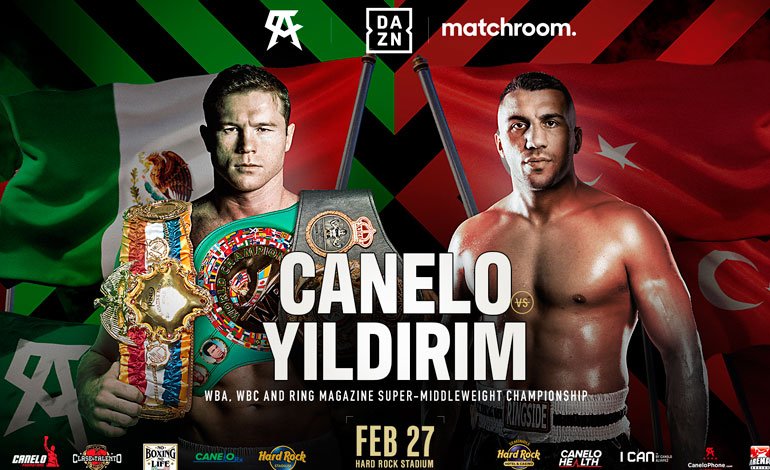 The Mexican Saúl «Canelo» Álvarez, the best fighter in the world without weight limit, will start next February 27 against the Turkish Avni Yildirim, a key year in his career in which he will insist on confirming himself as the king of boxing.

After defeating by unanimous vote the Englishman Callum Smith, who was undefeated, Álvarez reached 54 victories, 36 by knockout, with one loss and two draws and ratified going through the best moment of his career because his class has added maturity.

Persistent as always in training, with an ascetic discipline even to feed himself and well directed by coach Eddy Reynoso, «Canelo» receives 2021 with the purpose of holding at least three fights to retaliate from 2020 with a single fight.

You can also read:  Davis shows off his power and dethrons Barrios at welterweight

COVID-19 kept the boxer out of the ring for more than 13 months, raising questions about how he would return. It took a couple of rounds of dominance over Smith to be superior and make it clear that nothing had changed.

Against the English rival, who had 27 consecutive victories, the Mexican gave a lesson in good boxing and won all 12 rounds to become the super middleweight belts of the World Boxing Council, the World Association and “The Ring.”

“I want to unify at this weight, whoever is at 168 pounds, we will go for him,” said the fighter at the end of the fight.

Before looking for the belts that he does not have, Álvarez will expose his titles to Yildirim, in a lawsuit in Miami that looks attractive against an opponent with 21 wins, 12 by knockout and two losses, who has a good range, is persistent and at 29 years old he will leave to seize the opportunity of a lifetime.

You can also read:  WBC asks to vote for onyx or emeralds for Mayweather-Pacquiao winner's belt

Although he is not a favorite, the Turk will try to stop an opponent who never seems to be satiated and wants everything for himself, for now in the super middle category.

The fight may be the beginning of an important year for the Guadalajara, which will then seek to end the undefeated English Billy Joe Saunders, who will try to snatch the belt of the World Boxing Organization, and that of the American Caleb Plant, monarch of the International Federation.

Qualified as the best coach of 2020, Eddy Reynoso said this month that he sees “Canelo” as the best Mexican boxer in history when the time comes for his retirement. It was a controversial statement, to which the strategist added that it will not only be above the ring, but also below.

You can also read:  Mexico closes the year with seven world boxing champions

Álvarez will endeavor to make him look good. At the moment he is already working to face Yildirim and be this year a kind of hurricane that will seek to sweep away everything that is ahead in his division in order to reach December with all that shines in his weight. EFE (HN)