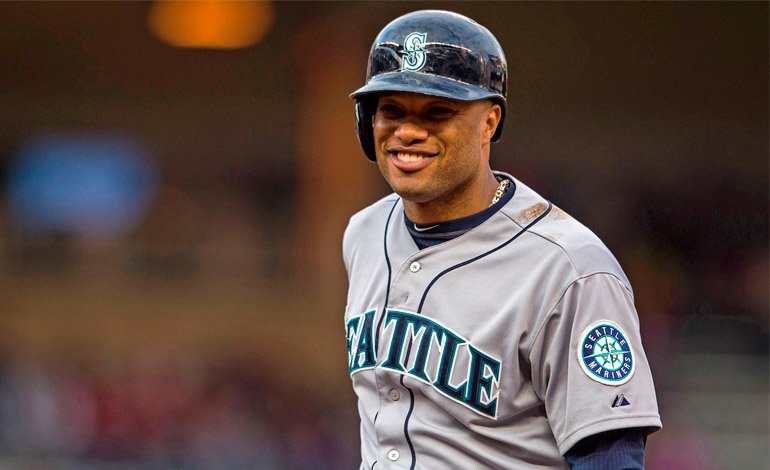 Dominican slugger Robinson Canó has had a special bond with Jackie Robinson and kept him one more celebration on the day dedicated to the legendary ballplayer with an excellent performance on the American League day.
Cano came out of the hitting rut he had gotten into and had two hits that helped the Seattle Mariners beat his former New York Yankees 7-1, who suffered their third consecutive loss.
Cano’s father, a former major league pitcher, named his son after the Brooklyn Dodgers legend.
Cano improved to a .368 average (14-for-38) on Jackie Robinson Day, when all major leaguers honor the Hall of Famer by wearing his number, 42.
“This is one of my favorite days,” said the slugger from San Pedro de Macoris. “I don’t know my exact stats, but I know I’ve had good performances on this day.”
After the game, while chatting with the press, Canó watched television in the dressing rooms. On the screen was Sharon Robinson, Jackie’s daughter, who was giving an interview at Dodger Stadium.
When he played for the Yankees, Canó wore the number 24, reversing the numbers that Robinson immortalized.

You can also read:  Yankees-Red Sox in wild card duel